The suspect was a 24-year-old white man. 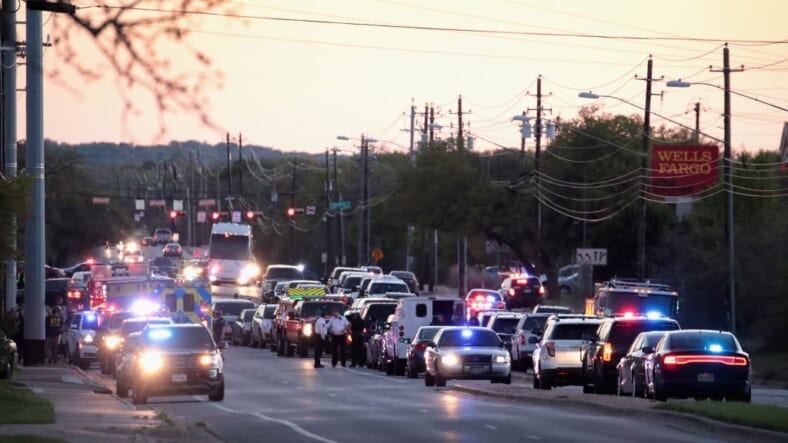 AUSTIN, TX - MARCH 20: Police respond after one person was injured by a package containing an incendiary device at a nearby Goodwill store on March 20, 2018 in Austin, Texas. Despite a heavy response of local and federal law enforcement officials at the scene, police have stated that they do not feel the incident is related to the recent series of package bombs that have been detonated in the city. (Photo by Scott Olson/Getty Images)

Top stories for March 21, 2018 include the Austin bombing suspect killing himself with an explosive device, an Obama campaign staffer reveals more Facebook data mining, and more.

After terrorizing Austin residents for nearly 20 days, authorities are reporting that the Austin bomber has died. According to CNN, the bombing suspect killed himself inside his car with an explosive device early Wednesday just as authorities closed in, police said. The bombing suspect is described as a 24-year-old white male. It’s unclear at this time whether he acted alone.
-theGrio

Carol Davidsen, former media director for the Obama for America presidential campaign, recently explained on Twitter the massive amounts of information they were granted to use with permission from Facebook. “Facebook was surprised we were able to suck out the whole social graph, but they didn’t stop us once they realized that was what we were doing,” she tweeted.
-theGrio

The Sacramento police department is in a lot of heat today following the police killing of a 22-year-old Black man that occurred in his own backyard. Stephon Clark, a father of two small children, was reportedly shot in the backyard of his home that he shared with his family including his grandmother, grandfather, and siblings.
-theGrio

New Museum to Stand on S.C. Spot Where Slaves First Came to America

A riverfront stretch of land in Charleston, S.C. — formerly known as Gasden’s Wharf — where slaves took their first footsteps on American soil will be turned into the International African American Museum in honor of the enslaved African people who arrived there in chains. The museum is part of a $100 million project to build a 40,000-square foot facility charting the troubling history of the African slave trade.
-theGrio

‘Black Panther’ is the most tweeted about movie of all time

Tuesday, Twitter confirmed that Marvel’s latest offering has been tweeted about more than 35 million times. That pushes it ahead of the previous record-holder, Star Wars: The Force Awakens (2015); 2017’s The Last Jedi now ranks third. Black Panther is now the first film to top the box office in North America five straight weekends since Avatar in 2009.
-theGrio