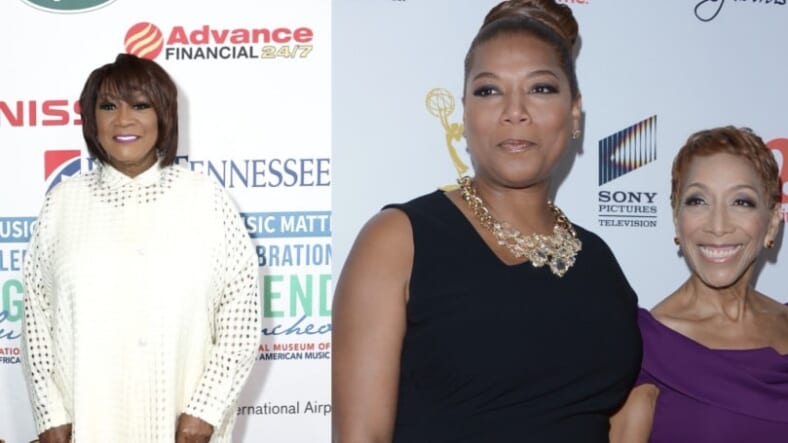 Queen Latifah’s mother, Rita Owens, passed away Wednesday night after suffering from heart failure. Many took to social media to send their condolences to Latifah and her family. During a recent interview with theGrio Patti LaBelle, who plays Latifah’s mother in the Fox hit show, Star, opened up about her relationship with Latifah and her mom.

“Knowing [Queen Latifah] as I do, as a friend, she always would call me “mom” before we did this. So, it was special working with her. Her mother and I are very good friends,” LaBelle tells theGrio’s Deputy Editor Natasha Alford.

“So, I don’t feel as though I’m taking her away from [her] mom,” she continues. “But she looks to me for comfort sometimes, back in the day.”

Queen Latifah broke the news of her mother’s passing to People Magazine:

“It is with a heavy heart that I share the news my mother, Rita Owens passed away today,” says Latifah. “Anyone that has ever met her knows what a bright light she was on this earth. She was gentle, but strong, sweet, but sassy, worldy but pragmatic, a woman of great faith and certainly the love of my life.”

We send our condolences to Queen Latifah and her family.