Find out how many years she'll be locked up. 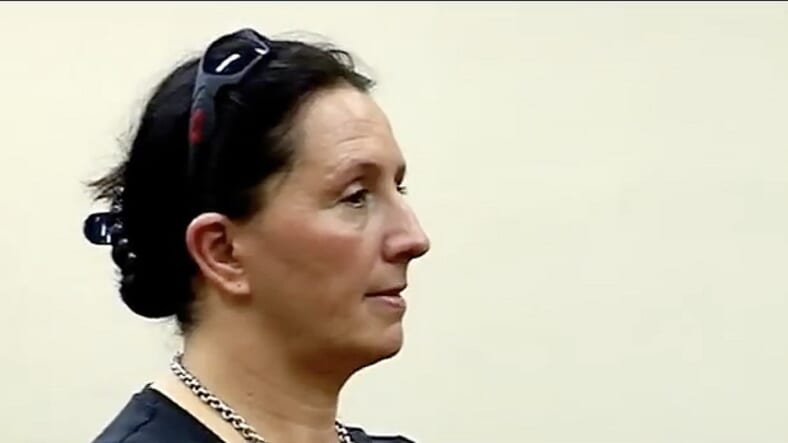 A white former South African estate agent Vicky Momberg was convicted and jailed for being a racist and hurling racial and obscene slurs at a Black police officer. She was a sentenced to three years for calling a cop a racial slur at least 48 times, reports the BBC.

This makes Momberg the first person convicted in South Africa for racism. She was convicted on four counts of crimen injuria, or the willful injuring of someone’s dignity, reports CNN.

“We’ve had crimen injuria (cases before), but they have always been coupled by other charges. This is the first for a prison sentence for crimen injuria on its own,” said National Prosecuting Authority spokeswoman Phindi Mjonondwane.

Racism is something South Africa takes seriously. The country has a long and complicated history under white minority rule. Momberg’s racist rant went viral on social media and her lawyer chalked her tirade up to her not being “in a normal state at the time.”

According to reports, police were trying to assist Momberg after she was robbed outside of Johannesburg in 2016. She complained about the Blacks in Johannesburg and compared them to Black people in Durban, who she said were of a better “caliber.”

As police tried to help her, she hurled racial slurs at a police officer in a hate-filled tirade that was recorded on video.

Now as a convicted racist, Magistrate Pravina Raghoonandan, said she gave Momberg the harsh ruling so it sends a clear message that racism will not be tolerated in South Africa.

“This is a landmark ruling… It sets a precedent for other racial-related cases.” Mjonondwana said.

Momberg’s lawyer plans to appeal the conviction saying she went into an “emotional storm” after the smash and grab, doesn’t remember what she said and should be rehabilitated and not imprisoned.

“The prison sentence brings a clear warning that race-based abuse for which Momberg was found guilty will not be tolerated,” said a spokesperson for the Nelson Mandela Foundation in a statement.