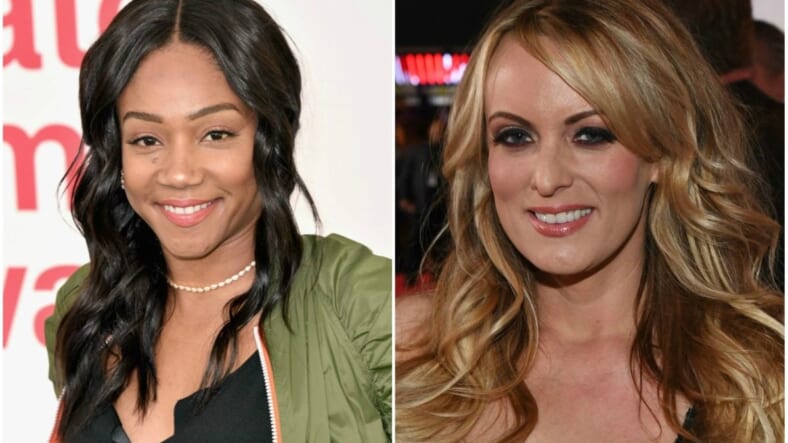 Tiffany Haddish got jokes. What she doesn’t have is the answer to your question “#WhoBitBeyonce.” The Girls Trip Star took to Instagram Live to put to rest the rumors and to end the social media manhunt to find out who bit the singer and says she refuses to name the suspect because she signed an NDA, reports People.

“You wanna know who bit Beyoncé? I’m gonna just tell you all. And it’s the last time I’m talking about it, I ain’t going to say nothing else about it. Let me sip some of my tea,” Haddish teased on her Instagram Live.

“I’m going to tell you who did it then I’m never talking about it again because really it’s done. People should be focusing on the real issues at hand, like did you do your taxes? Because taxes is due real soon. Can your children read and write? Have you been working with them on their reading and their writing? Is your house clean? That’s what we need to be focusing on. But y’all wanna know, everybody’s going crazy about who bit Beyoncé. I’m going to tell you so this can all be done with.”

Haddish was setting her eager audience up for a big letdown.

So Haddish claims alleged Trump mistress Stormy Daniels is the culprit. Are you buying it?

She was getting ready for LL Cool J’s party and launch of his SiriusXM channel “Rock The Bells Radio” at a Los Angeles roller rink, World on Wheels.

Haddish has all the nerve not to name drop after she started a surge on social media when she revealed to GQ that a drugged up actress bit Beyonce’s face. The hashtag #whobitbeyonce started trending and the Beyhive went on a hunt to find Bey’s biter.

Haddish says she’s not getting taken down by a NDA because she fessed up.

“NDAs are real, so I’m not saying s— about nothing,” Haddish said.