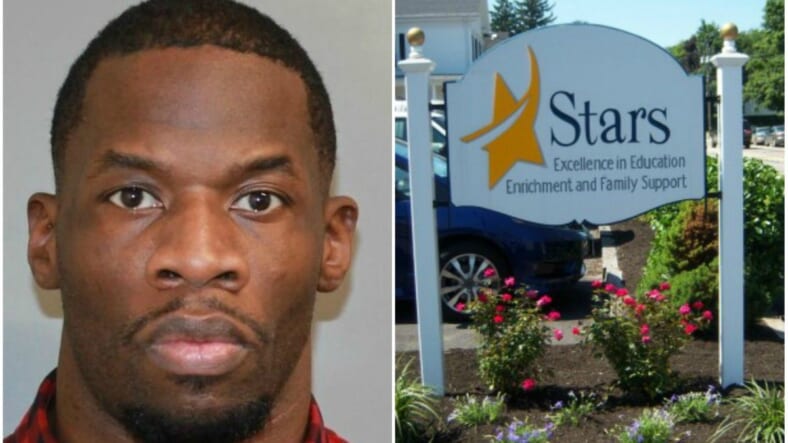 A daycare employee in Massachusetts scammed unsuspecting Black families out of thousands of dollars by lying of state forms in order to pocket grant money.

Demetris K. Pringle, a director at the South Shore Stars Day Care center was charged on Wednesday for breaking and entering and larceny by a scheme, reports the The Patriot Ledger. He was held on $50,000 bail.

Pringle tricked at least 111 families into thinking that some of the cost of their children’s daycare tuition was being subsidized and paid for by the state. Families filled out forms with income information that Pringle would then misrepresent  on state forms. Pringle would write a lesser income amount, on state forms in order to qualify a parent for a United Way grant. The state would then approve the families for a grant, which would lower their out of pocket costs for their child’s tuition. Police said it was a “large scale” scheme.

However, Pringle instead would take that extra cash from the state and pocket it. He collected hundreds of thousands of dollars. The families were unaware that they were caught up in a fraud scheme. The embezzlement went on for eight months.

The 35-year-old Director got savvy and was able to funnel the money through his own LLC he established called Stars United, likely because it sounded similar to the name of the daycare, South Shore Stars, prosecutors said.

Weymouth police interviewed a number of parents who said their accounts were debited by Pringle’s fake company. None of those payments were ever received by South Shore Stars Daycare.

“A forensic audit indicates he earned into the hundreds of thousands of dollars,” Assistant District Attorney Emil Ata said Wednesday in court.

“At least two families were overcharged, but many were underpaying as a result of this,” he said.

The state Department of Early Education and Care, which oversees the child care subsidies awarded to families, is now examining its own polies to ensure this kind of fraud doesn’t happen again to families.

“The Department of Early Education and Care is assisting law enforcement in an investigation into a former employee of the South Shore Stars program in Weymouth. The Department takes all allegations of criminal activity in EEC-licensed or funded programs seriously and will work with authorities to safeguard state funds for child care subsidies provided to families in the Commonwealth,” Kathleen Hart,department spokeswoman said.

The cover was blown off of Pringle’s scam because he was out sick and a parent showed up to pay a bill. Capt. Richard Fuller of Weymouth police said this scheme might have continued longer if that didn’t happen.

“Who knows who long it could have gone on. If it went on for a couple to a few years, the money could have gone into the millions. It was a pretty elaborate scheme,” he said.