Another day, another story about racial slurs on a college campus 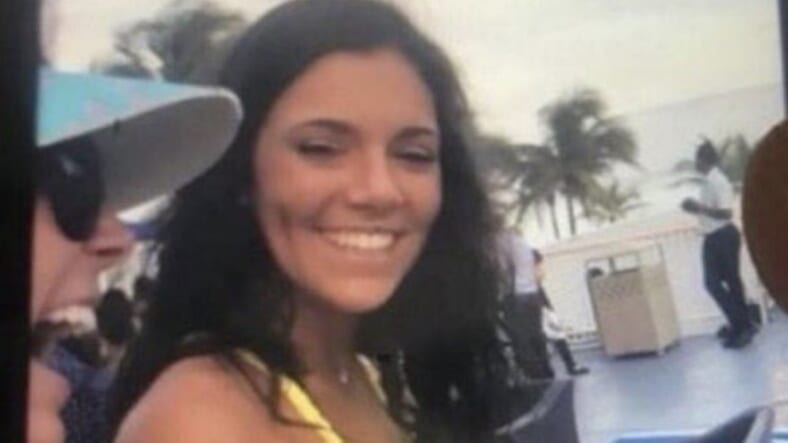 Michigan State University is currently under fire for its massive sex abuse scandal involving Larry Nassar, but now the institution has a new controversy brewing. Black students are calling out the university for apparently refusing to discipline a white student who used hate-filled racial slurs on social media against Black people.

Students called out sophomore Jillian Kirk’s vitriolic posts, pointing out one that reportedly said “GOD BLESS AMERICA, F–K THE BLACKS!” In another tweet, Kirk allegedly uses the N-word and once wrote, “F–k n—rs I’m so over it,” reports the New York Post.

When students brought the social media posts to the attention of Michigan State school officials, they reportedly decided against imposing consequences against Kirk and issued this statement:

“One of MSU’s core values is inclusion, to have a campus environment that fosters free speech and the sharing of ideas and beliefs. However, we do not condone racial harassment or bullying. The university is aware of the recent social media posts connected to an MSU student. As a public institution, we do not get to control what every member of our community says. What was said is clearly not aligned with our Spartan values. We are addressing this situation through multiple channels, and we are using it as an opportunity to keep a conversation about race and inclusion ongoing.”

That tone-deaf statement however is a slap in the face of students like freshman Miyanna Fowlkes.

“MSU is trying to pretend they care because they are being exposed but they lay complacent to racism every day,” she said.

Fowlkes took matters into her own hands and tried to bring attention to the issue by sharing Kirk’s nasty tweets,  saying: “Let’s play a game… it’s called ‘How many retweets does this girl need before MSU kicks her out,’” Fowlkes tweeted. In Kirk’s tweets she also wrote that she “used to bully retards.”

Let’s play a game… it’s called “ How many retweets does this girl need before MSU kicks her out” @michiganstateu pic.twitter.com/c2AQ3rXGoI

Fowlkes is upset that the school won’t take the issue more seriously.

“I just don’t believe people like her should be allowed the privilege of becoming successful and be in a position of power,” Fowlkes told The Post. “Also MSU is legally allowed to kick her out but they chose not to.”

Kirk’s social media accounts have since been deleted.

Fowlkes plans to keep the heat on the school.

“She should be required to do some sort of diversity training to attend this university,” Fowlkes told The Post. “Actions like this without consequence are unacceptable because people begin to realize nothing will happen to them.”

Other Schools Taking the Issue Seriously

Unlike Michigan State University, other schools like University of Alabama who had a sorority member use racial slurs, are taking up the issue more seriously by expelling students.

It was earlier this year that a sorority girl’s racist MLK day rant went viral. University of Alabama student Harley Barber was caught in two Instagram videos hurling around the n-word.

In one video where she gleefully chanted the n-word in a car while surrounded by giggling girlfriends, she noted that she was a member of the Alpha Phi sorority.

The school responded in a tweet acknowledging the existence of the new video saying:

“It is regrettable this person has engaged in this behavior.  It will be even more regrettable if she is determined to be a student at UA. This repulsive behavior will not and cannot be tolerated. Racism has no place at UA. It will be reported to the Office of Student Conduct.”