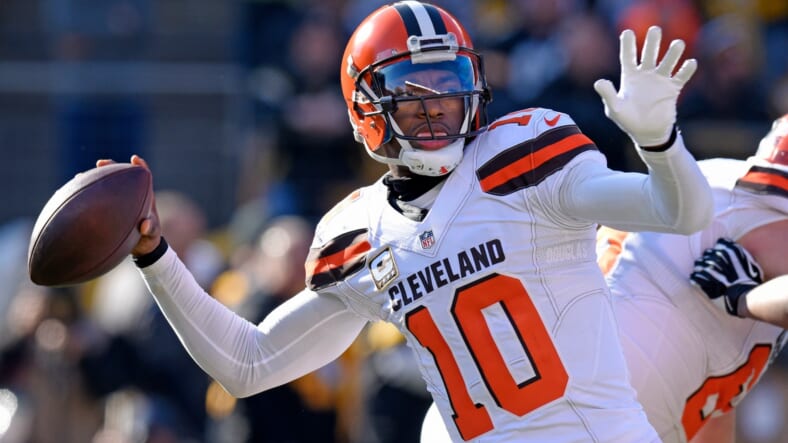 The Baltimore Ravens stunned the football world on Wednesday when they announced that they had signed a former star quarterback who hadn’t played since 2016. No. It wasn’t Colin Kaepernick. It was Robert Griffin III, the 2012 NFL Offensive Rookie of the Year.

The 28-year-old Griffin’s signing was announced by Ravens general manager Ozzie Newsome during the team’s pre-draft press conference. Griffin, the second overall pick by Washington in the 2012 NFL Draft, was last seen floundering for the Cleveland Browns in 2016 before scoring a one-year deal with their division rival.

So, this happened today. pic.twitter.com/t6sqhusCk1

The Baltimore Sun reports that team thought about signing RG3 last year when their starter, Super Bowl winner Joe Flacco, missed training camp and most of the preseason with a back injury.

In 2012, Griffin led Washington to the postseason in his rookie season before a devastating knee injury during their playoff loss against the Seattle Seahawks altered his career. After three more injury-riddled seasons, he was released in 2016 and signed by the Browns.

Griffin started five games for Cleveland in 2016, leading the Browns to their only victory of the last two seasons, before sitting out the 2017-18 season. In the fall he’s expected to backup Flacco, who is set to return as starting QB.

“I’m pretty excited about this player, said coach John Harbaugh at the press conference. “I’m really feeling like we got a steal.”

Newsome said Griffin will be at the team facility next week to sign the contract.