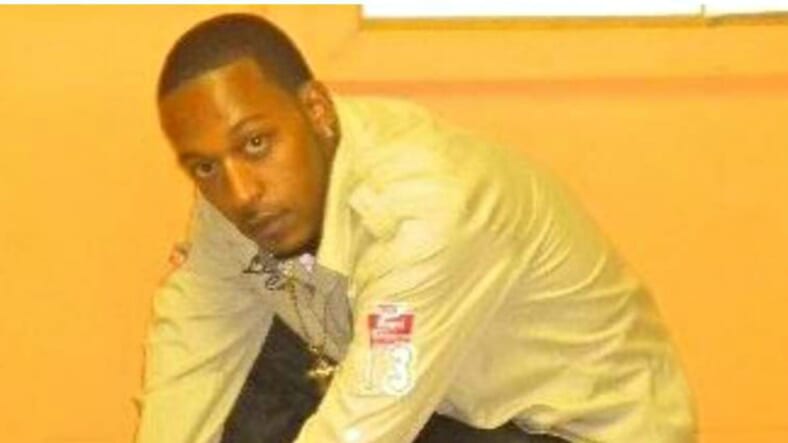 Saheed Vassell was shot and killed by NYPD officers. (Courtesy of Facebook)

Muhannad Elrhannai was reportedly hanging out with some friends when he heard a loud bang.

That was the sound of the NYPD shooting 34-year-old father Saheed Vassell nine times when he brandished a metal object.

“I thought something fell,” Muhannad said on Thursday, according to the New York Daily News. “I looked out (the window), and I saw someone just die. There was blood coming everywhere.”

The 9-year-old boy said that he saw the police as they tried to administer aid.

“I saw a lot of cops doing CPR on him,” he said. “I was scared. I heard eight or nine shots … I thought someone might shoot me.”

Muhannad was understandably shaken after witnessing the shooting of Saheed Vassell and called his mother, who was working at her job as a home attendant. When she heard her terrified son, she immediately rushed home.

After witnessing the shooting, Muhannad couldn’t get to sleep, and Hinda now wants to get her son into therapy.

“He didn’t sleep at night,” she said. “He never holds me. He held all night. He kept waking up. He hugged me all night.”

reports that officers responded at about 4:30 p.m. on Wednesday to calls of an emotionally disturbed Black man waving a gun on a corner of Brooklyn’s Crown Heights neighborhood.

“All he did was just walk around the neighborhood,” he said. “He speaks to himself, usually he has an orange bible or a rosary in his hand. He never had a problem with anyone.

“The officers from the neighborhood, they know him,” he added. “He has no issue with violence. Everybody just knows he’s just mentally challenged. This shouldn’t have happened at all.”