LaKeith Smith and his three defendants are each facing decades in prison. 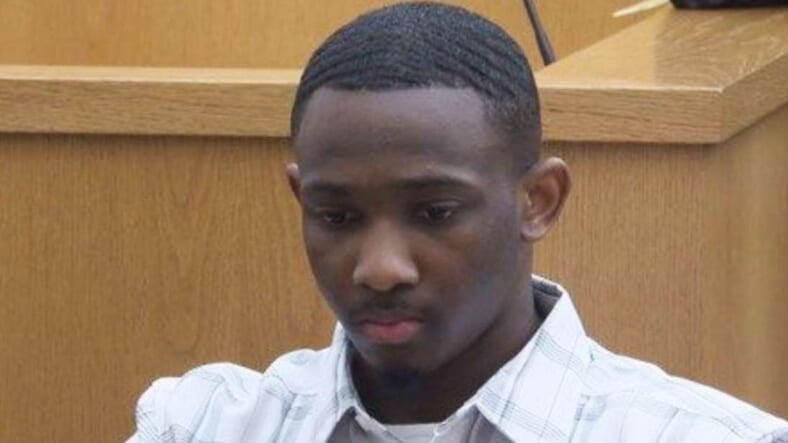 Last month, 18-year-old Lakeith Smith was convicted of felony murder in the shooting death of 16-year-old who was actually killed by a Millbrook, AL police officer.

The conviction is the result of prosecutors charging Smith under Alabama’s accomplice liability law. The legislation allows for people to be charged with felony murder if criminal activities between the defendant and the deceased led to the death.

In this case, Smith (who was 15 at the time) was allegedly breaking into houses with 16-year-old A’Donte Washington and three other people in 2015 when Millbrook, AL police officers came on the scene in response to calls about suspicious individuals in the neighborhood.

Gun fire was exchanged between the police officers and the group of young people. Body camera footage shows that Washington drew a gun on an officer. That officer shot and killed Washington.

Prosecutors argued that because Smith and Washington burglarizing houses was the criminal act that led to Washington’s death, he was eligible to be charged under the accomplice liability law. Smith was a minor at the time of the incident, but was tried as an adult.

At his sentencing hearing, Smith drew the ire of Circuit Judge Sibley Reynolds for what he viewed as Smith’s lack of remorse. Judge Reynolds reportedly heard Smith say “I don’t have time for this” as he waited for his case to be called.

Before he handed down the sentence, Judge Reynolds said “You got plenty of time for this, When I called the case earlier you said you ain’t got time for this, so I didn’t know if you had time for this now.”

Smith laughed and said he did not know the judge heard him say that. The judge admonished Smith by saying “You just don’t get it do you?” Courtroom footage from WSFA 12 News captured the moment on camera.

The 18-year-old declined a plea deal that would have given him 25 years. His defendants Jadarrian Hardy, Jhavarske Jackson, and Le’Anthony Washington have all entered guilty pleas. Jackson was sentenced to 28 years in prison.

In 2016, a grand jury determined that the officer who shot and killed A’Donte Washington was justified in doing so. That police officer’s identity has not been made public.