The actor stars in BET's new series, 'In Contempt' 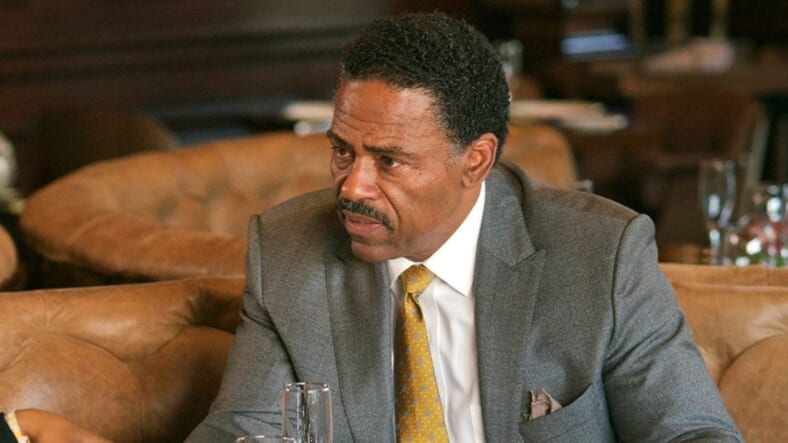 Richard Lawson has been busy promoting his upcoming role on BET’s latest legal drama, In Contempt, and opening up about a few things on his mind.

He will star alongside Erica Ash on the series in the role of her character’s hard-to-please father, Earl Sullivan and it seems his real-life experience as a dad may come in handy.

EXCLUSIVE: Erica Ash on her ‘In Contempt’ role and tackling the flawed legal system

The 71-year-old actor who is married to Beyonce’s mother, Tina Knowles-Lawson, recently revealed that the #whobitbeyonce scandal was much ado about nothing.

“Listen, drop it, that’s my suggestion. Drop it, it’s just a bunch of crap,” he told PEOPLE. “I think Tiffany just took advantage of a moment [and] tried to move the needle for her own thing…There’s nothing to it.”

He also slammed Tiffany Haddish for taking advantage of the situation to get some shine.

“It was something that was blown out of proportion and Tiffany just got a ride from doing it,” he told ABC Radio. “And so her numbers probably jumped up…Other people jumped on the bandwagon and it’s all a bunch of B.S. It’s not real… It’s not true.”

Lawson seems to be understandably annoyed by all the drama the rumor caused, especially considering the way the Beyhive attacked Sanaa Lathan once the court of public opinion decided she was the culprit with a little help from Haddish, who inferred the biter was an actress who was “on drugs” and once attached to French Montana.

“So Beyoncé stormed away, went up to Jay-Z, and was like, ‘Jay! Come here! This b*tch—’ and snatched him. They went to the back of the room. I was like, ‘What just happened?’ And Beyoncé’s friend walked up and was like, ‘Can you believe this bitch just bit Beyoncé?’,” Haddish told GQ.

Lawson insists that story is bogus.

In Contempt premieres tonight at 10/9c on BET.