Many of the rescued girls are now in university. 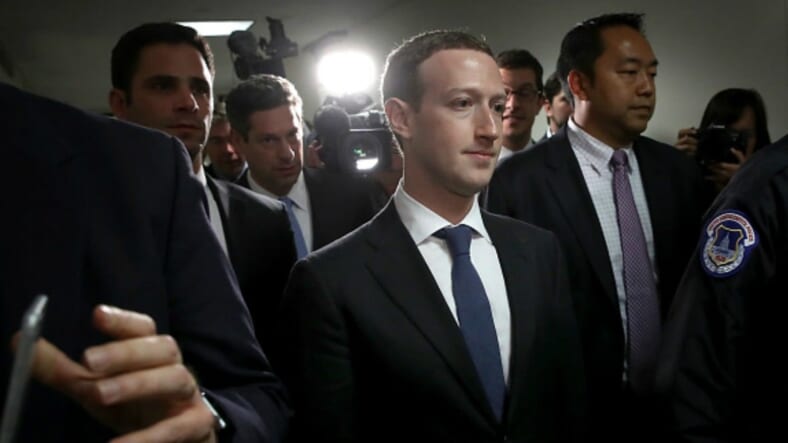 Facebook CEO Mark Zuckerberg (C) leaves the office of Sen. Dianne Feinstein (D-CA) after meeting with Feinstein on Capitol Hill on April 9, 2018 in Washington, DC. Zuckerberg is meeting with individual senators in advance of tomorrow's scheduled hearing before the Senate Judiciary and Commerce committeees. Zuckerberg is under pressure to explain why tens of millions of Facebook user's private information was shared with Cambridge Analytica. (Photo by Win McNamee/Getty Images)

Top stories for April 11, 2018 include what Black America stands to lose amidst the Facebook controversy, what rescued Boko Haram girls have to say, and more.

Congress, Facebook and the fate of Black Americans’ personal data

Black people are prolific when it comes to social media. According to Pew Research, 70 percent of Black people are on Facebook. Think about that: seven in 10 of ALL Black-American people are posting on walls, updating profile pics and liking and unfriending all day long. Yet, there hasn’t been a peep out of any of the tech groupies and gurus about the significant impact of Facebook’s actions on the Black community.
-theGrio

Kidnapped as Schoolgirls by Boko Haram: Here They Are Now

Four years after being kidnapped by Boko Haram, dozens of those rescued young women are featured in a New York Times interactive story. The photographs, videos, and interviews tell the story of how these young women’s lives have changed in the intervening years. Now at university, the women have had to come to terms with their unique type of “celebrity.”
-New York Times

Richard Lawson, the 71-year-old actor who is married to Beyonce’s mother, Tina Knowles-Lawson, recently revealed that the #whobitbeyonce scandal was much ado about nothing. “Listen, drop it, that’s my suggestion. Drop it, it’s just a bunch of crap,” he said in a recent interview. “I think Tiffany just took advantage of a moment [and] tried to move the needle for her own thing…There’s nothing to it.”
-theGrio

Tuesday, footage was revealed by TMZ that shows Tristan Thompson very boldly cheating on Khloe Kardashian with two women back in October, when the “Keeping Up With The Kardashians” star was only 3 months pregnant. The surveillance video was recorded on October 7, 2017 at a hookah lounge outside Washington D.C.
-theGrio