Harvey says Kanye West was all smiles on set of the ABC game show. 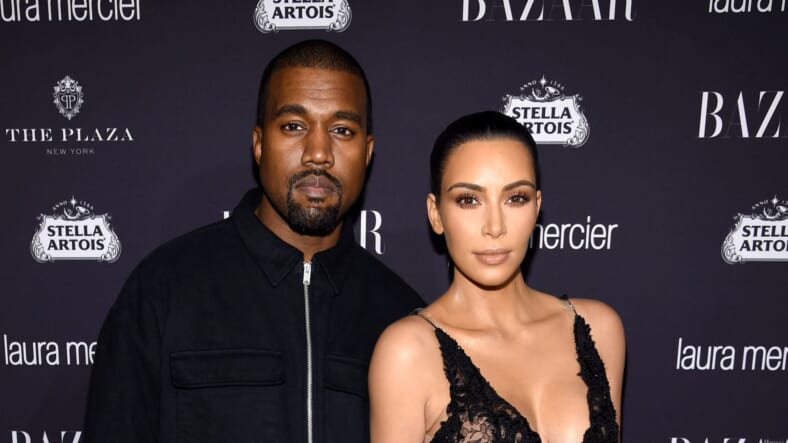 Steve Harvey is speaking out about what happened when Kanye West and his family battled it out against the KarJenners on Celebrity Family Feud.

The show’s host sat down wth Ellen Degeneres and spilled all sorts of tea about the infamous family’s time on the ABC game show and revealed that Yeezy was all smiles on set.

“Kanye was the best Celebrity Family Feud panelist we’ve ever had on the show,” Harvey said. “His people said, ‘Steve, this is the most Kanye has ever smiled since we’ve been working with him.’ Kanye smiled! When I introduced him, he smiled. When I talked to him on the panel, he smiled. Just tune in and you’ll see Kanye smiling. He’s happy!”

According to Harvey, the highly-competitive, uber-famous family wasn’t as supportive of each other as other contenders have been, and they let their true colors shine through.

“Their family is a little bit different. When you don’t give a good answer, they go, ‘What did you say?’ [I was] going, ‘You’re supposed to go, ‘Good answer.’ And they fire across at each other. Khloé’s very competitive with Kim and they were on opposite sides. They were very competitive,” he explained.

“It’s the best episode. We’re going to get the highest ratings we ever had.”

So, how did Mrs. West do when it came to scoring points for her team? “Kim didn’t know nothing. Nothing,” said Harvey.

Are we really that surprised?