Romeo Miller on being inspired by Black women at #Beychella 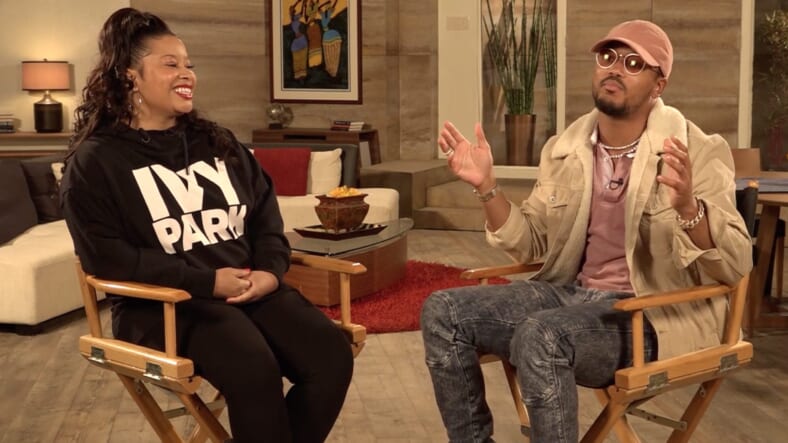 Romeo Miller is set to host MTV’s latest social experiment, Ex On The Beach, so get ready to enjoy his beach body and cringe at the crazy contestants.

The show is a pretty savage set up for the poor souls who will be forced to brave paradise with some baggage when their unexpected and uninvited ex’s show up to ruin their would-be dream vacations.

TheGrio sat down with the man of many talents for an exclusive interview on everything from his own dating life to his huge plans for the future.

In this installment, Romeo reveals just how much he was inspired by attending #Beychella last weekend and expresses his love for a few of his favorite female artists who took the stage.

“Coachella was very inspiring. It definitely was a moment I felt changed my life and my perspective,” he says. “I know a lot of people go there to party and turn up but I left Coachella inspired to go out there and work 20 times harder. A lot of that has to do with watching Beyonce. When you see her perform onstage, it goes back to the art and what music is really about.”

Although Miller has taken a bit of a break from the mic to focus on his acting career, starring in Freeform’s hit series, Famous In Love and WeTV’s Growing Up Hip Hop, he’s ready to put music back on his list of priorities after experiencing record-breaking success on the charts as a kid.

“I think that’s why I left [music] because I did accomplish so much [at a young age]. I broke Michael Jackson’s record as a 10-year old. When you’re that young and doing what you’re doing it’s because you really love it,” he explains.

“Going to Coachella and watching performances like SZA, she killed it. The women literally took over Coachella. Def Loaf, SZA, Beyonce, even Vanessa Williams’ daughter, I think she goes by Lion Babe; she killed it as well. For me it was a life-changing moment seeing the Queen Bee so what she do. It made me realize people still do understand the art of music. That’s why she’s legend. That’s why she’s queen.”

Check out the interview above to find out if Romeo agrees with Wendy Williams’ recent claim that Beyonce is the greatest performer of all time and find out why he refuses to attend any shows other than ones that feature Bey.

“Seeing her onstage is the closet thing we have to Michael Jackson. That’s a real show right there,” he says.

He also reveals the song that made him fall in love and offers some insight into his own fantasies in our exclusive interview above.

Ex On The Beach premieres tonight at 9/8c on MTV.