The talk show host has something to say about Bey's Coachella performance. 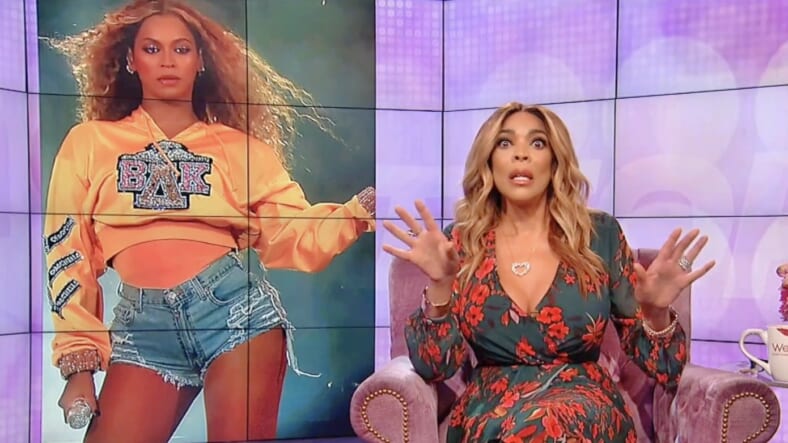 What a difference a BeyChella makes.

Earlier this week, longtime Beyonce critic Wendy Williams unexpectedly changed her tune and declared to her live studio audience that, “Beyonce is the greatest performer of all time – living or dead!”

“When you think of Michael Jackson you think moonwalk,” the daytime talk show host continued. “And yes he did put a jetpack on and flew over a stadium, but Beyonce is a human jetpack!”

Williams then continued to gush as she explained that no artist – be it MJ or Prince – has ever impressed her the way Mrs. Carter has.

This comes as a bit of surprise to viewers, given the backlash Williams faced earlier this year when she questioned the singer’s vocal chops and said she needed autotune.

In 2016, she also criticized Bey for releasing LEMONADE only days after Prince’s passing. “Quite frankly, I wish Beyoncé had held off on the album after Prince,” she said. “Like, the weekend had blown over.”

Even further back in 2012, she insulted superstar’s communication skills opining, “You know Beyoncé can’t talk. Beyoncé sounds like she has a fifth-grade education. She can’t talk.”

But it seems like Bey’s undeniable work ethic has worn down even the likes of one of her biggest critics.

Her sentiments are a nod to a current debate heating up all of social media as fans squabble over if #BeyChella now gives Beyoncé the right to be crowned as the best entertaining of all time, effectively dethroning the current king, and one of her biggest influences, Michael Jackson.

Grio fam, chime in! Do we have to choose or is there room for both of them at the top slot?

Check out a fan submitted clip of the Wendy Williams show below.