The Girls Trip Star gets candid about money in her W Magazine cover story. 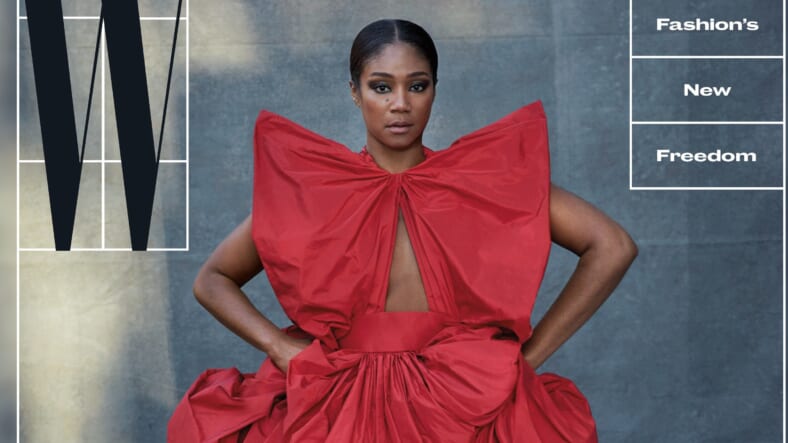 Tiffany Haddish has got the last laugh as one of the biggest stars of the past year and she’s keeping that momentum going by landing the cover of W Magazine’s “Dare To Be You” issue.

Haddish can put her W cover next to her Time Magazine issue, where she was named as one of the 100 Most Influential People.

Haddish is doing her all the way and makes a splash on the W cover in a bold red gown and spills all the tea inside its pages dishing about her life from being in foster care to being homeless to rising as a superstar.

“When I was shooting Girls Trip … I had a knockoff Michael Kors bag that said MLK instead of MK. Jada told me that I shouldn’t have knockoff stuff. I told her that my philosophy is, Whatever the bag costs, I should be able to keep that amount of cash in the bag,” Haddish shared in her W Magazine interview.  “If it’s a $300 purse, I have to put $300 in cash in that purse. I do not want a bag that is more expensive than the cash I have to put in it.”

Tiffany Haddish is sensitive about her money, given her rocky history with it. But with movies and TV shows rolling her way, she says she’s doing OK. 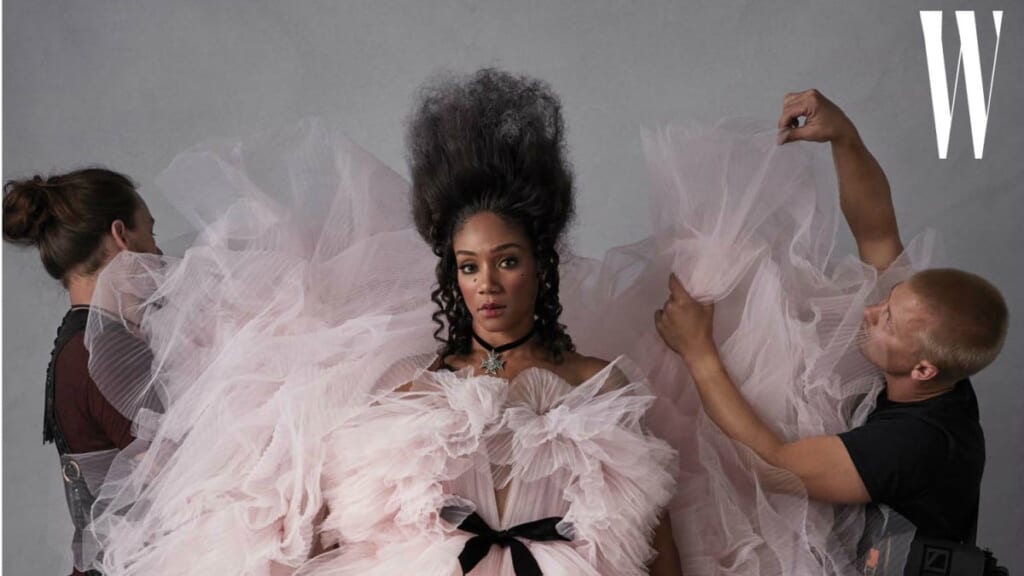 “Things are going good for me now, so I am graduating to your Fendis and your Guccis. But I better have the cash equivalent, or I’m not buying the purse. And if things start to go wrong, I’m going right back to my knockoffs, Haddish continued. “When you’re somebody like me, who’s been homeless, clothes are not that important. Clothes are not a roof over my head, food in my stomach, my family’s health—that’s what money is for. But fashion helps get more money. So, we ride.”

Clothes certainly don’t make this woman but Tiffany did get a chance to wear several different stunning looks for the magazine.

And now that things are looking up for the Girls Trip star, she says she maintains her funny by seeking out laughter in a unique way.

“When I get super-depressed, I’ll go on YouTube and look up “babies laughing” just to change my mood. Epic fails are funny, too,” said the Compton native. “In failure, there can be success: By that I mean you can learn what not to do. I find the funny in a lot of failures, because I’ve had enough of them. But I am resilient: My soul is very determined.”

Sounds like Haddish been ready for her time to shine.