Cardi B continues her year of wins. 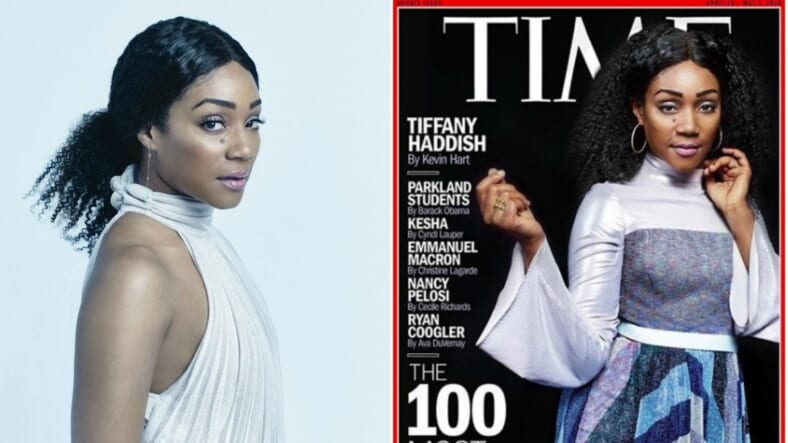 During an interview with the magazine, Haddish was asked who bit Beyoncé. It sounds like a wild question, but it’s an understandable one, given that Haddish caused quite a social media flurry earlier this year when she revealed in an interview that some unnamed actress bit Beyoncé at an afterparty.

The comedian/actress/entrepreneur played coy when Time asked her the question, pretending not to hear the question. Eventually, she did reply: “I just report the facts. I don’t necessarily give out the names.  The facts are somebody was inappropriate at a party, at a Jay-Z afterparty back in December. That’s old news.”

“The facts are we need to be worried about did you pay your taxes, can your kids read, is your house clean? Ya know, those types of things, she continued. “If somebody popped up and say ‘Hey, I want to have dinner here.’ Would you feel comfortable being able to throw a dinner party impromptu? That’s how clean ya’ house need to be,” she mused, completely evading the question.

Earlier this year, Haddish was much more chatty about the alleged incident in a GQ interview when she told a very colorful version of her tale. She claimed that after Beyoncé was bitten on the face, Haddish asked the singer if the biter should get her butt beat. According to Haddish, Beyoncé replied “‘Tiffany, no. Don’t do that. That b*tch is on drugs. She not even drunk. The bitch is on drugs. She not like that all the time. Just chill.’ ”

Biters aside, Tiffany Haddish is not the only Black person in this year’s Time 100 issue. She is joined by 20 other Black people from the African diaspora. They repesent a wide range of fields, including hip hop, acting, literature, and politics.