Check out the top moments from her second performance. 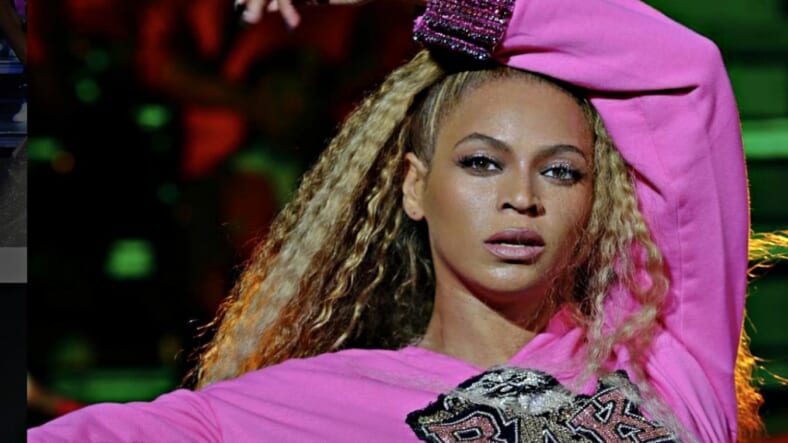 Beyoncé did the damn thing again at Coachella last night. All hail the Queen (Courtesy of Instagram)

Beyoncé served the Coachella crowd at her second performance with the same hotness, the same show-stopping sets and the same super-human level of excellence she exuded during her first performance at Coachella last week.

How is it possible that this woman is human? But, then again, maybe she’s not.

Oh and no worries about missing the second round just because it won’t be “officially broadcasted”… the BeyHive social media network has already posted multiple moments from the show online.

Except for a few costume changes – this time opting for pink-lemonade colored sweatshirts instead of bright yellow colored ones she wore the first week – Bey pretty much kept her overall show overtones and eclectic looks the same, according to Variety.

The sexy dancing girls and HBCU inspired bands returned to move and groove right alongside Bey with perfection. There were more than 100 performers, stomping and jamming to Beyonce’s hottest tracks with the same fervor as the first weekend performance.

And, let’s not forget her ride-or-die boo- hubby Jay-Z.

Her sister Solange returned to show out on stage with her, too.

Most importantly, the unapologetic blackety-blackness of the whole #BeyChella experience was still there.

The only notable switch up was the appearance of Colombian singer J Balvin for the hit song, “Mi Gente.” Last week the song was performed but he didn’t participate.

Check out some of our favorite looks from last night’s performance and official BeyHive footage from Instagram.