The Obamas send well wishes to the newest royal baby 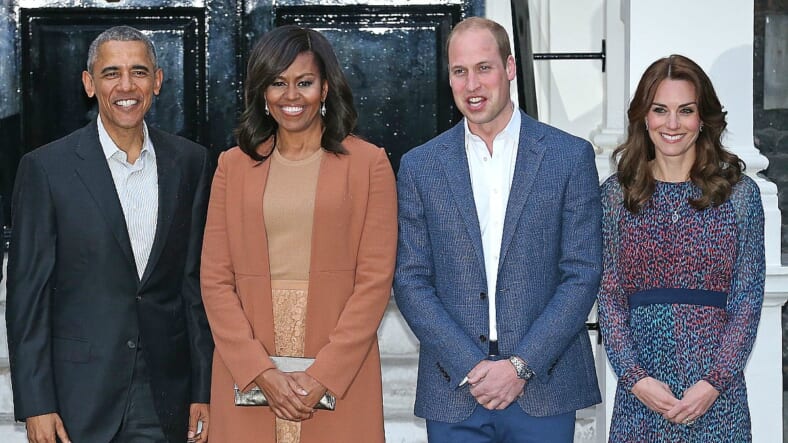 The Obamas are already planning a royal pajama party at Kensington Palace to meet Prince William’s and Kate Middleton’s newest bundle of joy.

Uncle Barack and Auntie Michelle sent their well wishes to the new, still unnamed, baby boy after Duchess Kate gave birth and seven hours later, sashayed out of hospital like an easy and breezy Covergirl commercial.

Barack and I are thrilled to congratulate The Duke and Duchess of Cambridge on their newest arrival! We hope to meet him soon for a Kensington Palace pajama party. I’ll wear my robe! pic.twitter.com/9zR7M049HR

We have a feeling Auntie Michelle will make this sleepover happen. Especially since her youngest daughter, Sasha had her own pajama party at the royal palace during Sasha’s birthday.

During their first official state visit to London in 2011, the Obamas reportedly spent three days as guests at Buckingham Palace, which apparently was quite a memorable experience.

In 2016, the Obamas met Prince George, at Kensington. Mrs. Obama tweeted the adorable pic of the meeting where the toddler-year-old prince wore a mini white robe.

When TMZ producers asked her if magazines have purposely avoided putting Melania on covers, Conway had the nerve, the audacity to say the following:

“Melania Trump is such a superior and excellent First Lady. This country is so lucky to have her.”

First of all, no. Second of all, what type of dollar store dog-whistle is Conway using these days? All the talk about white supremacy in the news cycle right now and “superior” was the best adjective she could think of to compare a white woman to a Black woman?

And let’s not forget, Melania copied Michelle Obama’s speech. Not the other way around!