R. Kelly Secretly Recorded Asking For Apology From Woman Who Alleges He Gave Her an STD 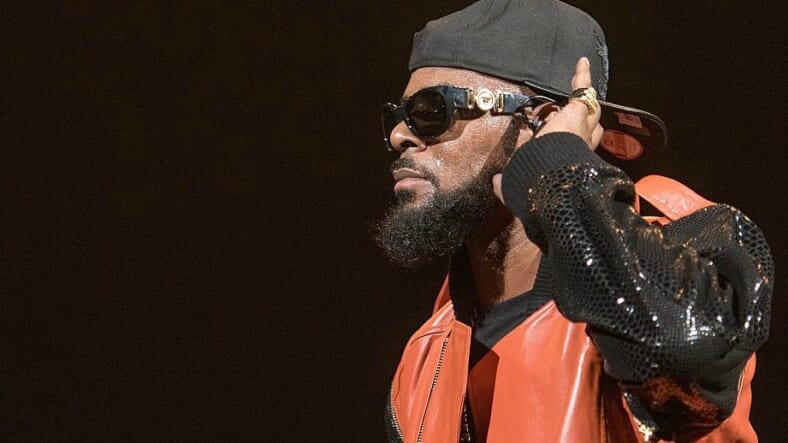 After R. Kelly criticized the media last week for tarnishing his musical legacy over claims that he molests young girls, one of the women who said the singer gave her an STD released a shocking secret audio of Kelly asking her to apologize.

TMZ released the audio on Saturday with a conversation between Kelly and the “Jane Doe” who attempted to get Kelly to confess that he had sex with her when she was 19.

Recently, the woman came forward and filed a lawsuit against the singer, not only because he reportedly primed her to be a part of his “sex cult” while she was underage, but also, she alleges, because Kelly gave her drugs and alcohol and infected her with a sexually transmitted disease.

Even though this unnamed woman and others have come forward and made these claims, Kelly says it’s the media that “has dissected and manipulated these false allegations.”

He released a statement saying he’s “heartbroken” and his attorney likened the allegations made toward Kelly to racist lynchings.

Kelly can be heard trying to convince the woman that he was more of a mentor than an alleged child molester.

“I just lectured you all the time to teach you certain things and try to make you a better person,” he can be heard saying.

Then the tables turned with Kelly trying to force an apology.

“I was looking for you to be humble and say, ‘I messed up, I was thinking wrong, I was thinking crazy,’” he said. “I don’t blame you for acting like that, this is who you are.”

Kelly then tries to lay on the guilt saying that the accuser’s parents disapprove of him and then he gets defensive:

“Your father and mother don’t like me… they now that that’s real.”

“I’m not talking about this no more,” he said. “When you wanna talk to me, come and talk to me. I don’t talk on the phone about… I’m not getting into that.”

Days after the Women of Color of Time’s Up published an open letter calling on corporations to boycott R. Kelly, two additional women have come forward to accuse the singer of sexual abuse.

During an interview with BuzzFeed News, one woman, Lizzette Martinez, claims she had a four-year relationship with Kelly during the ‘90s when she was a 17-year-old Florida high school student and Kelly was 28 (the age of consent in Florida is 18).

READ MORE: Nice For What? Rihanna saying Drake made her ‘uncomfortable’ sparks debate about courtship and rejection

Martinez says he was mentally and physically abusive, took her virginity, hit her on five different occasions, and at times, forced her to perform sex acts against her will.

The other woman, Michelle, is a Chicago mother whose daughter “N.” began a relationship with Kelly when she was 17 (which is the age of consent in Illinois).

While Kelly is not currently under any investigations, the #MuteRKelly campaign is gaining steam.

READ MORE: Learn from Kevin Hart: Four ways to cope when your close friend does you dirty