WATCH: Gabrielle Union makes her mom proud by helping others

Gaby's mom is very proud of her superstar daughter. 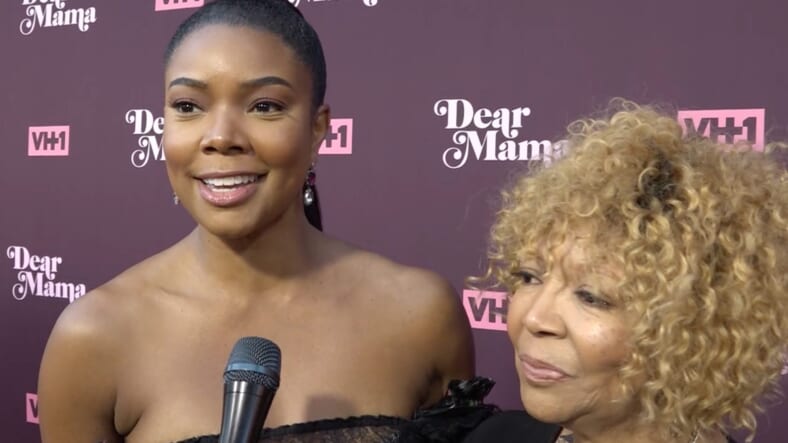 Gabrielle Union is a force to be reckoned with and it turns out, she gets it from her mama.

The actress whose film, Breaking In, hits theaters this weekend hit the red carpet at Vh1’s Dear Mama tribute with her mom, Theresa Union, by her side.

The pair opened up about the best advice Gaby never took during an exclusive interview with TheGrio.

“Speak less. Always take the high road,” Gabrielle Union said. “I take it often but kind of like the 405, sometime I avoid it all together. If you don’t have the answer, it’s OK. You can ask questions or you can just stay quiet. I didn’t always take that advice.”

Theresa Union agreed that her daughter doesn’t always know when to bite her tongue, but at least she has receipts to back it up.

Union’s mother also revealed what makes her the most proud of her superstar daughter and Gabrielle couldn’t help but interrupt her mom’s thoughtful answer by cutting up and poking fun at her mom’s choice of words.

“I am proud of her because she took a difficult profession to go into and she has made it her own but she has diversified and she pays attention to the detail and she keeps on climbing higher. She’s moving really well and she does a good job,” her mom said before being interrupted by her daughter, who couldn’t resist throwing in a joke while her mom gushed about her accomplishments.

“Like I have a bad hip or something? ‘She’s moving incredibly well for that wonky hip,’” Gabrielle joked before allowing her mom to continue.

“Those senior citizen figures of speech are coming out here,” admitted Theresa Union. “She has done really well and to see her diversify…She has branched out in the world and I love the way that she has her philanthropy that she deals with and she looks beyond the town and I like that she is a global citizen and not just a person who grew up in Omaha or lived in Pleasanton.”

It turns out, this mother/daughter duo isn’t so different that the rest of us.

Check out the video above.