Sheila Hines-Brim is not sorry for the incident. 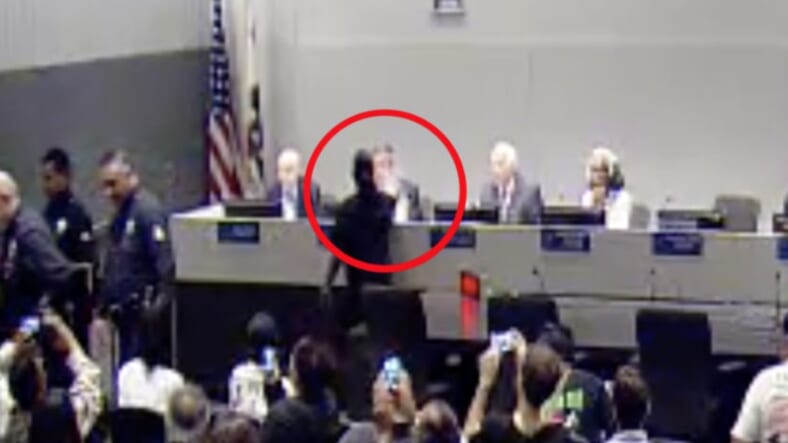 A protest took a shocking turn on Tuesday when two women were arrested for allegedly throwing ashes at LAPD Chief Charlie Beck. According to reports, Sheila Hines-Brim was protesting the death of Wakiesha Wilson, her niece who died while in police custody on Easter Sunday in 2016.

Video footage of the incident shows her walking away from the officer while yelling, “That’s Wakiesha. She’s going to stay with you!”

The other woman arrested at the scene was a professor and Black Lives Matter activist, Melina Abdullah. Both women were charged with suspicion of battery on a police officer and released later that night.

“I used her ashes so they could be with him. So he can feel her because he murdered her. They covered it up,” Hines-Brim told local news station, KCAL 9, once she was released.

Later, she made sure the public knew she wasn’t sorry for her actions, telling KNBC, “No, I don’t regret it.”

Authorities say Wakeisha Wilson hung herself in her jail cell, but her family doubts that’s how she died.

The District Attorney never filed charges in Wilson’s death, which they called “unforeseeable” but the city of Los Angeles settled a lawsuit brought by Wilson’s family for $300,000.

No word on why the amount of a black life was only worth a few hundred thousand dollars, but are we really surprised?

LAPD Chief Charlie Beck didn’t seem too bothered by the incident considering he continued with his plans to attend a baseball game at Dodger Stadium and threw out the first pitch at the event.