Heads Up: 6 openly racist politicians who need to get destroyed in the upcoming midterm elections

One of these candidates is having a "deportation bus tour."

Openly racist politicians are nothing new: Strom Thurmond spent some 70 years in various offices as an avowed opponent of the Civil Rights movement before depriving us of his company at age 100 (because true evil gets old and spends a lifetime hiding a half Black daughter).

But something feels different now – it’s as if the tiki-torch whites have found their patron saint in Donald Trump and are willing to be far more egregious in their bigotry than they did during the Obama Administration.

One thing many racist white men seeking public office have in common: they thank Trump for the “progress” he’s making. There are numerous black-hearted bastards vying for (or already collecting) tax dollars as a salary in 2018 – here are just six that need the cancel button pushed on them as soon as possible. It’s for the sake of humanity. 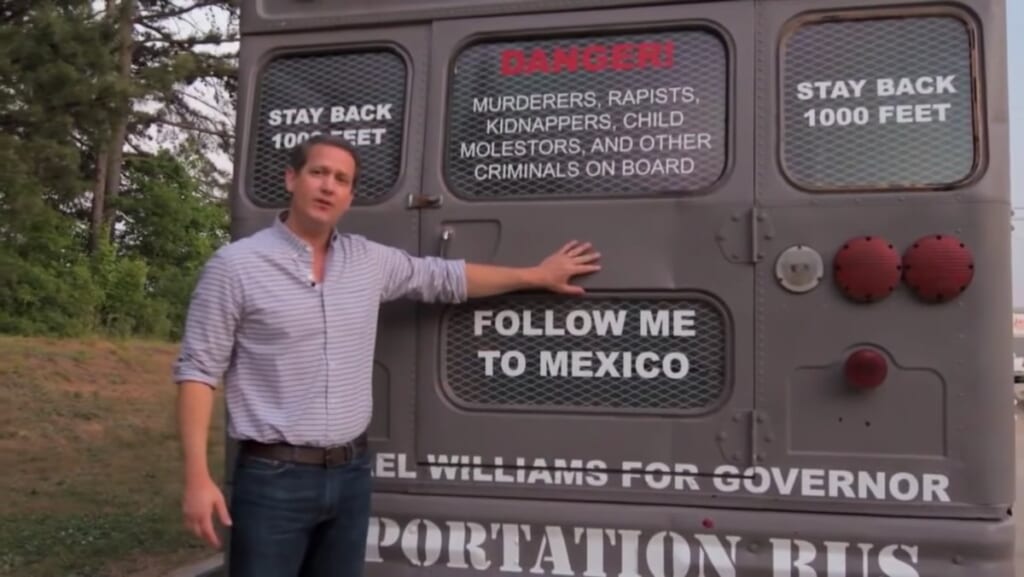 I blame Donald Trump for bringing out the true saltine cracker in Michael Williams. The Georgia gubernatorial candidate could have run a benign anti-illegal immigration campaign, but because racists gon’ racist, dude created an entire ad around a “Deportation Bus Tour” for the May 22 primary election: He had a school bus painted to resemble a prison bus. Painted on the back are some of the same incendiary comparisons of immigrants to criminals that Trump himself used years ago, back when we all rationally assumed that those comments would send his campaign down in flames.

Williams  plans to bring this bus to a town near you, fill it with “illegals” and send it straight to Mexico…which is apparently the only place where undocumented immigrants come from these days. For a state below the Mason-Dixon Line in which folks of color have to dodge far more Confederate flags than they should have to, even the Deportation Bus seems extreme. 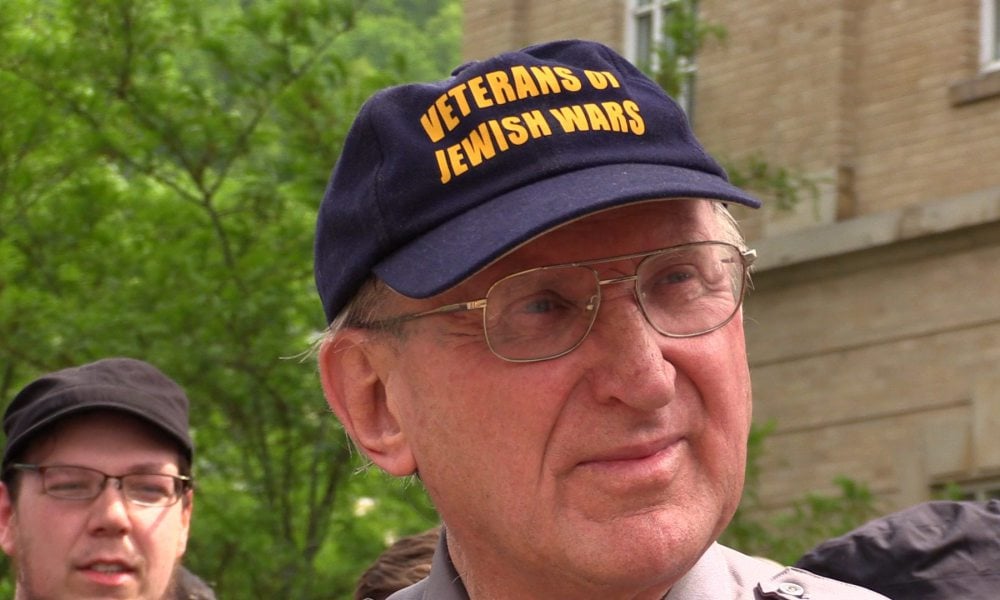 You have to be a special breed of raw sewage to get disowned by the Republican Party for being too racist. Alas, this clown is probably the closest thing to Hitler incarnate running for office right now. Jones is a former Neo-Nazi spokesman who has been Sieg Heil-ing since bellbottoms were in style. The 70-year-old has been running for offices longer than I’ve been alive, and he won the Illinois GOP Congressional Primary despite public condemnation from Illinois Republicans who publicly disowned him and called him a Nazi. Here’s hoping a dude who said the Holocaust is “the biggest, blackest lie in history” does us all a favor and joins Hitler before ever getting near any real legislation. 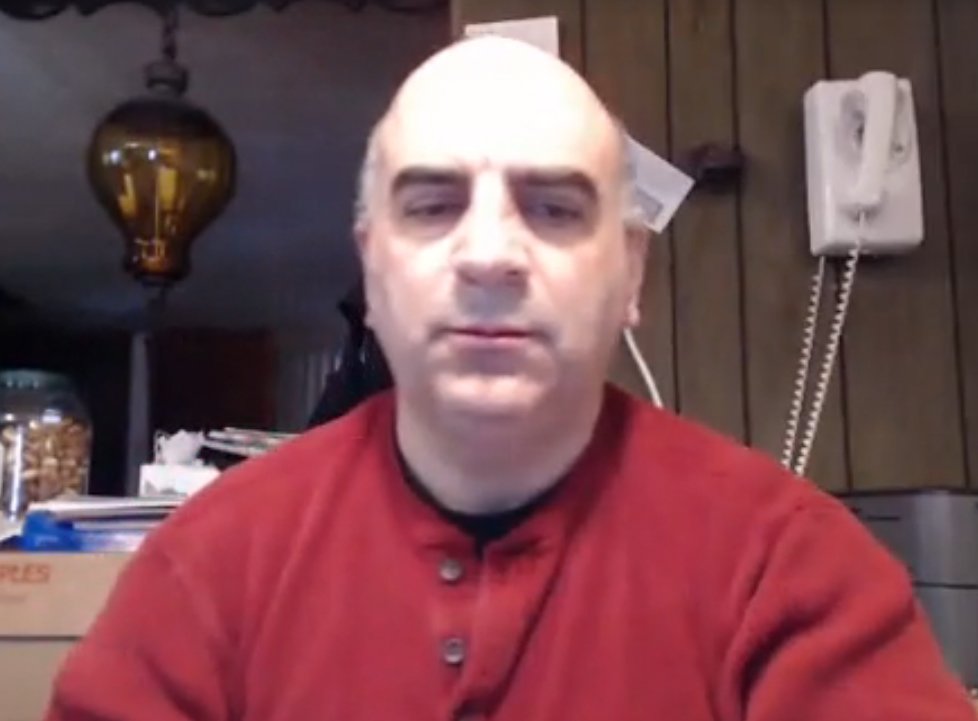 Running for Pennsylvania Congress with his weak-ass, Fisher Price My First Webpage, Sean Donahue has as much chance of winning as his Uncle Fester-looking self does of being anybody’s Man Crush Monday. It’s for the better since dude’s website says, “The US was created for Americans who chose to worship God through Christianity. Freedom of Religion is for all forms of Christianity but nothing else, certainly not Islam, Voodoo or Satanic worship.” The convicted criminal (he made terroristic threats against a prosecutor last year) has co-signed all types of white nationalist rhetoric on his Facebook page despite having a physical appearance that should make him the last person to spout “master race” rhetoric.

The fact that Corey Stewart is a former Trump campaign chairman should be enough to blow his ass out of the airlock. But wait, there’s more: He seems to really enjoy his trash racist monuments and has even publicly appeared alongside idiots like Jason Kessler, who is one of the architects behind last year’s tiki-torch f—ery in Charlottesville, Va. Please Virginia, don’t let this multi-jowled assflake anywhere near the U.S. Senate.

No Robert E. Lee monument should come down. That man is a hero & an honorable man. It is shameful what they are doing with these monuments.

Nothing is worse than a Yankee telling a Southerner that his monuments don’t matter.

A Republican Congressman in Iowa, Steve King is so far right, I’m sure his flat-earther followers are scared he’s going to fall off the planet. His history of racist or racially loaded statements is extensive, and range from defending the display of the Confederate flag in South Carolina to countless attacks on Barack Obama, including calling him by his middle name “Hussein” to galvanize his xenophobic base.

Wilders understands that culture and demographics are our destiny. We can’t restore our civilization with somebody else’s babies. https://t.co/4nxLipafWO

Someone else’s babies. Yeah…that’s not racist at all.

CLEVELAND, OH – JULY 21: Maricopa County Sheriff Joe Arpaio gestures to the crowd as he delivers a speech on the fourth day of the Republican National Convention on July 21, 2016 at the Quicken Loans Arena in Cleveland, Ohio. Republican presidential candidate Donald Trump received the number of votes needed to secure the party’s nomination. An estimated 50,000 people are expected in Cleveland, including hundreds of protesters and members of the media. The four-day Republican National Convention kicked off on July 18. (Photo by Alex Wong/Getty Images)

Everyone knows about Sheriff Joe. He from whom no one with even a deep tan was safe during his 24-year reign as sheriff of Maricopa County in Arizona. He has such a deep history of police misconduct that Josh Brolin should play him in a biopic. Arpaio who was pardoned by Trump despite years of well-documented illegal behavior. And of course he fed into the Obama Birther movement. This 85-year-old bastard is taking time from organizing the latest Get Out auction to run for U.S. Senate. If natural causes don’t stop him first, you should.