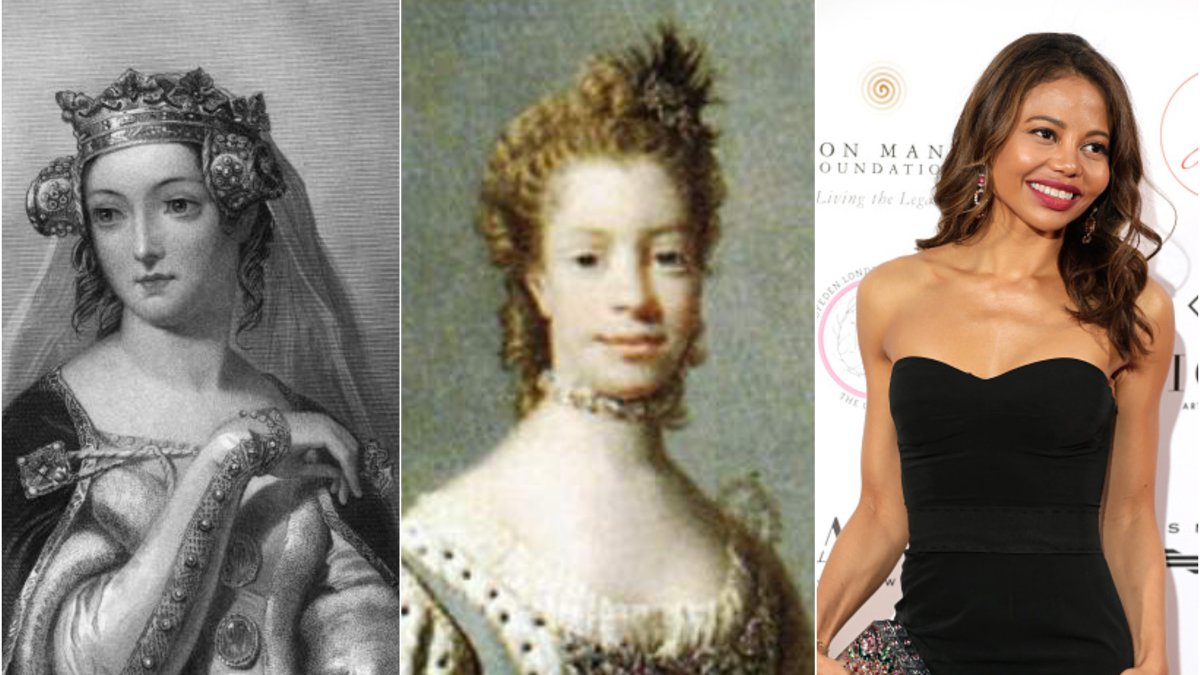 In less than 24 hours, Meghan Markle will officially make the transition from commoner to royalty, becoming Duchess of Sussex as she ties the knot with Britain’s Prince Harry.

If you think the Suits alum, whose mother is Black and father is White, is the first bi-racial woman to infiltrate the British Aristocracy, think again. This fascinating distinction is believed to date back to the 14th century!

Here’s a brief history of the other rarely discussed women of color who are the pre-cursor to Markle’s royal reign.

Fast forward more than 400 years to Charlotte of Mecklenburg (May 19, 1744 – November 17, 1818). She was the Queen of Great Britain, consort of George III. Also a Princess of Mecklenburg-Strelitz – a small territory within the Holy Roman Empire – she was descended via six separate lines from Margarita de Castro, the daughter of Alfonso III of Portugal and his mistress, Mourana Gil, an African of Moorish descent, according to PBS.

It is often pointed out that there are distinct sub-Saharan aspects to portraits of Queen Charlotte, features that are unmistakably African. Queen Charlotte gave birth to 15 children with 13 of them surviving childhood and is has been stated that she is responsible for introducing the Christmas tree in English culture which is now of course a world-wide tradition.

Fun Fact: Nicknamed the “Queen City,” Charlotte, North Carolina is named after Queen Charlotte and there is a sculpture of her liking prominently located in the city’s international airport.