Sheku Kanneh-Mason is an impressive talent. 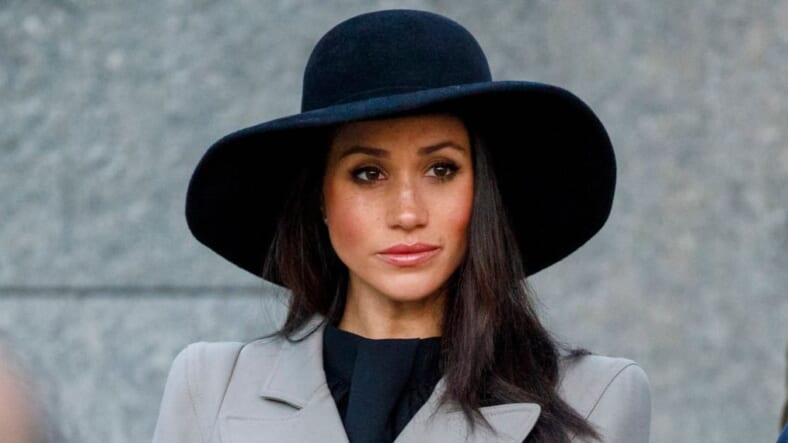 The Obamas may not have gotten an invitation to Meghan Markle and Prince Harry‘s upcoming royal wedding, but this 19-year-old Brit did.

Sheku Kanneh-Mason is a cellist who has the distinction of being the first Black person to win the BBC Young Musician of the Year Award. That was back in 2016. His debut album Inspiration, was released this past January and peaked at #18 on the British charts.

UNSPECIFIED, UNDATED – APRIL 24: (NO SALES) In this undated handout supplied by Kensington Palace, cellist Sheku Kanneh-Mason, who will be performing at the wedding of Prince Harry and Meghan Markle poses for a photograph. The couple will marry in St. George’s Chapel at Windsor Castle on May 19. (Photo by Lars Borges/Kensington Palace via Getty Images)

READ MORE: What to do with Kanye’s sunken place tweets and his dope music
READ MORE: 10 highlights from the Netflix Rachel Dolezal doc The Rachel Divide
READ MORE: White men call police on Black women for golfing ‘too slowly’

Kensington Palace announced that Kanneh-Mason would be part of the musical services at the St. George’s Chapel ceremony and noted that Prince Harry spotted the teen’s talent at an event last year.

Though Prince Harry was the one who first noticed Kanneh-Mason, it was Meghan Markle who gave him the personal invitation.  The charismatic teen tweeted his excited about getting an invitation to the most anticipated wedding of the year.

“I’m so excited and honoured to perform at Prince Harry and Meghan Markle’s wedding. I was bowled over when Ms. Markle called me to ask if I would play during the ceremony, and of course I immediately said yes!!! What a privilege. I can’t wait,” he wrote.

I’m so excited and honoured to perform at Prince Harry and Meghan Markle’s wedding. I was bowled over when Ms Markle called me to ask if I would play during the ceremony, and of course I immediately said yes!!! What a privilege. I can’t wait! https://t.co/TU0lyKloCD

Among the people all over the world who will be watching Kanneh-Mason perform will be his built-in cheering section. Kanneh-Mason has six siblings and they all play instruments. In fact, the entire family performed on Britain’s Got Talent.

“What a privilege to be able to play the cello at such a wonderful event.” @ShekuKM has been confirmed to be playing at Prince Harry and Meghan Markle’s wedding. Read more about Sheku here: https://t.co/oWWIYfXAbc pic.twitter.com/yjnCfXe8dd

At the May 19 ceremony, Kanneh-Mason will be joined by other artists. James Vivian will serve as director of music and Karen Gibson and the Kingdom Choir will also be performing.

Karen Gibson and The Kingdom Choir. The Choir is made up of a group of British artists dedicated to creating a sound that demonstrates the community they share, and has been performing both nationally and internationally for over 20 years. pic.twitter.com/tae19p6G6E

Kensington Palace notes that Meghan Markle and Prince Harry have “taken a great deal of interest and care in choosing the music for their Service.”