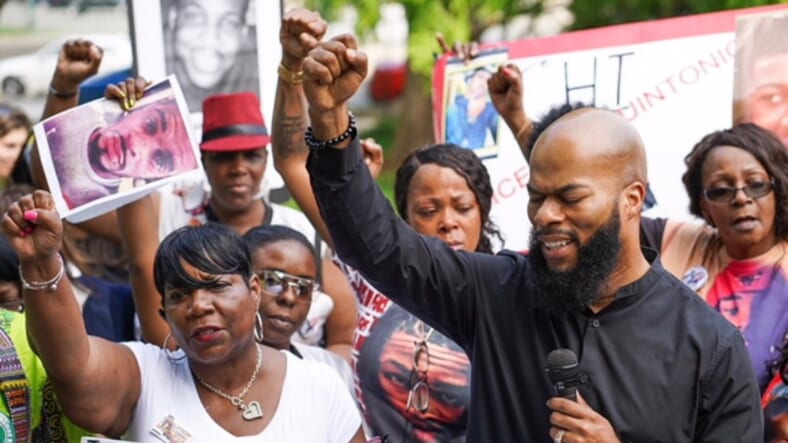 The mothers of countless victims killed by police marched on Capitol Hill in Washington DC to demand lawmakers to enact legislation that would reverse the pervasive trend of unjustified police shootings.

The mothers of countless victims killed by police took matters into their own hands and marched on Capitol Hill in Washington DC to demand lawmakers to enact legislation that would reverse the pervasive trend of unjustified police shootings.

The Truth, Hope and Justice Initiative, spearheaded the day of action last Thursday ahead of Mother’s Day. Grieving moms from across the country who lost loved ones at the hands of police, gathered in solidarity to demand justice while advocating for police reform.

“These courageous women are members of a sorority they never wanted to join. They have chosen to unite before Mother’s Day to demand justice and inspire new legislation for the children they have lost to unjustified police violence,” said Andrew M. Stroth, civil rights attorney and the Founder of the Truth, Hope and Justice Initiative. 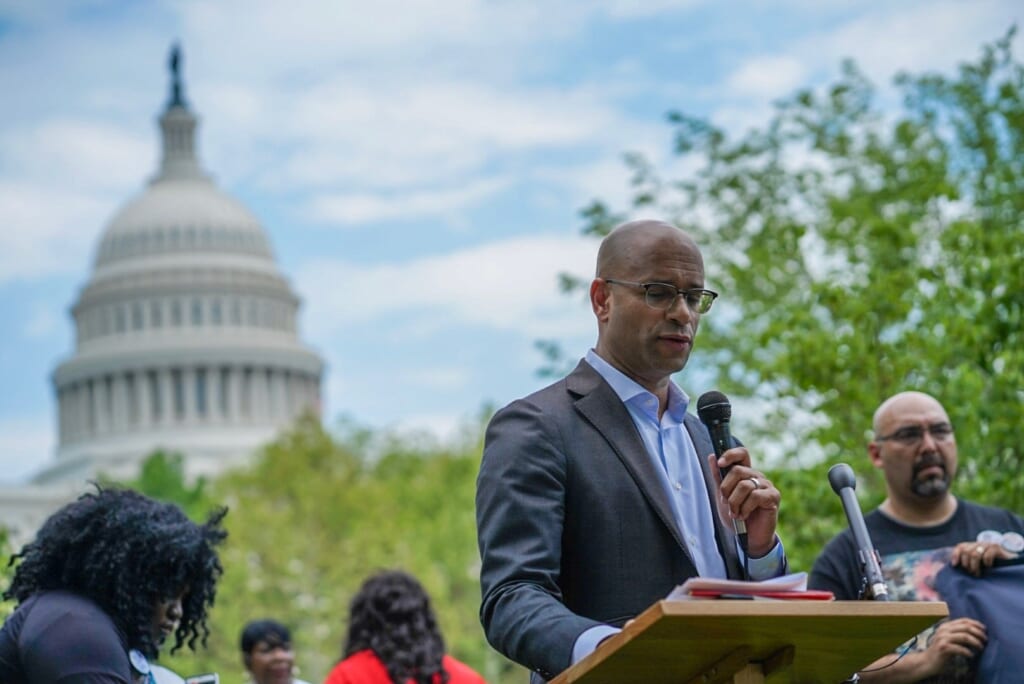 Andrew M. Stroth, civil rights attorney and the Founder of the Truth, Hope and Justice Initiative.

Police violence against Blacks often results in no punishment against the cops involved. The unchecked abuse of power is an unsettling reality these moms are taking to task.

Also at issue, the Truth, Hope and Justice Initiative said, is the recent Supreme Court ruling in the  Kiesela v. Hughes case.

The Supreme Court weighed in on a Tucson, Arizona, case and ruled in favor of a police officer who shot a knife-wielding woman with a history of mental illness, four times outside of her home.

Amy Hughes and her roommate Sharon Chadwick were outside of their home when two police officers responding to a call about an erratic woman with a knife, rolled up in their patrol cars. The court ruled that Officer Kisela was entitled to “qualified immunity” in the shooting of Amy Hughes. That means the Supreme Court found that there was no precedent that would have alerted Officer Kisela that opening fire—in what he said was an effort to protect Chadwick—amounted to unconstitutionally excessive force since the officer gave “clear and fair” warnings.

With that Supreme Court decision, they’ve now made it easier for police to get away with killing Black people.

That majority rule did not sit well with Justice Sonia Sotomayor, saying in her dissent that it gives police officers a false sense that they can get away with wrongdoings.

READ MORE: KIDNAPPED BY RACISTS: 13-year-old boy terrorized in house of horrors as thugs send hateful texts to his mom

“Its decision is not just wrong with the law; it also sends an alarming signal law enforcement officers and the public,” she wrote. “It tells officers that they can shoot first and think later and it tells the public that palpably unreasonable conduct will go unpunished.”