KIDNAPPED BY RACISTS: 13-year-old boy terrorized in house of horrors as thugs send hateful texts to his mom 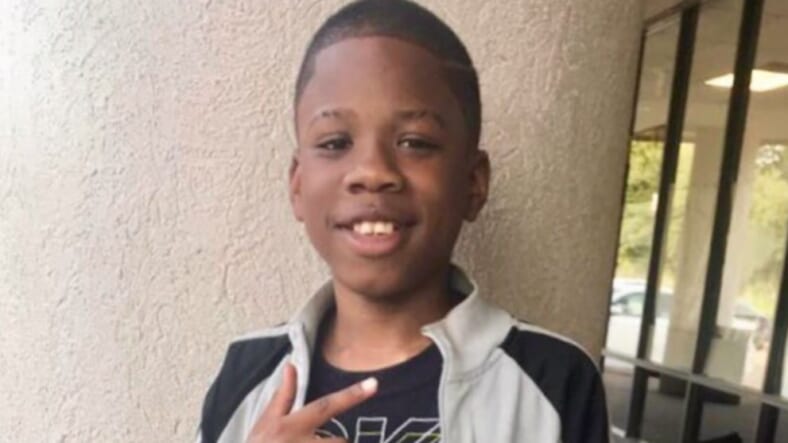 A 13-year-old Houston boy is back home after after he was abducted from his bus stop and held in a house of horrors on monday.

According to 13ABC, Zavion Parker was kidnapped by five teenage boys and an adult white male when he got off his school bus. They allegedly forced Parker into a “4-door vehicle decorated with flames on the side.”

Parker was taken to vacant house and terrorized for hours.

Zavion Parker said he was assaulted by the men and described them as having a heavy build, straight orange hair and one had a “I hate black people” tattoo on his forearm.

When the kidnappers went into a room to load a gun, Parker escaped and ran as fast as he could and was found walking on the road with no shoes and a ripped shirt.

Parker is now safe at home with his mother.

HPD is investigating reports that 13 y/o Zavion Parker was snatched on his way home from school in East Houston. He’s ok and back with his family — but was found with a torn shirt and no shoes. He says one of the suspects had a tattoo of a racial slur. pic.twitter.com/2Aw40ubAjN

Racists are getting bolder

In upstate New York, a Black woman and her son were terrorized by a group of racist thugs who ran her vehicle off the road, yelled racial slurs and then smashed the windows yesterday.

“They tried to run us off the road saying, ‘You [n*****], get the [f***] out of our country,’ and we were like distraught because we didn’t know exactly what was going on,” said Natia Shim.

Shim was on her way to help her son fill out job applications because he was preparing to graduate from high school soon.

That’s when all hell broke loose.

WYNT reports that Shim and her 17-year-old son feared for their life as they drove in Upstate New York and were ambushed by a green truck that rammed into their car.

—WATCH: Tichina Arnold and Cedric the Entertainer welcome white folks to the neighborhood in new sitcom—