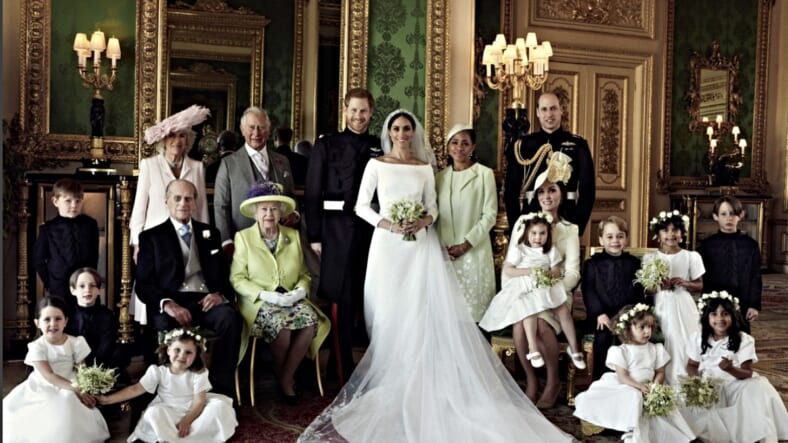 The official royal wedding images by Alexi Lubomirski, released by the new Duke and Duchess of Sussex.

After millions watched what was undoubtedly the most untraditional (and blatantly Black affirming) Royal Wedding that the British monarchy has ever seen, it turns out Harry and Meghan’s special day was just getting started.

First the happy couple held a dignified lunch reception for 600 guests at St. George’s Hall of Windsor Castle,where Prince Harry and Duchess Meghan were spotted hopping in a silver-blue 1968 Jaguar E-type (with the license plate “E180519” to commemorate the wedding date) then they drove off to a more intimate after party style reception for 200 of their closest friends.

Here’s a look at the most surprising moments from the newlyweds epic night and all the shenanigans their A-list friends got into.

Monday, Kensignton Palace released the the official profile of the Duchess of Sussex in which she states, “I am proud to be a woman and a feminist.”

And to that point, the Duchess made the non-traditional choice of giving a speech at her own wedding, to thank the Royal Family for welcoming her with open arms.

She also said: “I have found my Prince”, according to reports in The Sun, and shouted out her friends for supporting her during an emotional and difficult few months.

A visibly awestruck Harry stepped in and applauded his wife’s cool-head, allegedly sharing Meghan had “navigated everything with such grace,” and added that: “We make such a great team.”

He also reportedly declared: “I can’t wait to spend the rest of my life with you!”

Even the biggest cynic can tell how much these two are crazy about each other. 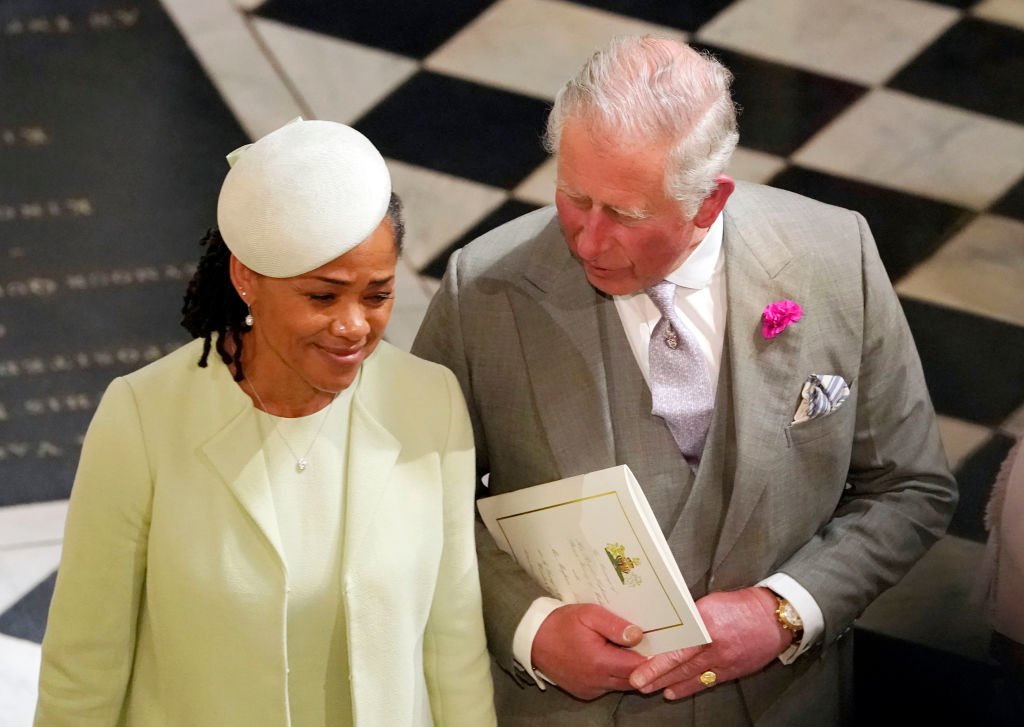 Prince Charles, Prince of Wales and Doria Ragland, mother of the bride, depart after the wedding of Prince Harry and Meghan Markle at St George’s Chapel at Windsor Castle on May 19, 2018 in Windsor, England. (Photo by Owen Humphreys – WPA Pool/Getty Images)

Prince Charles seems to be in a agreement with most of us that Doria Ragland is a lovely woman; especially in comparison to the hot mess of a family that Meghan has on her father’s side.

Charles made a speech about the man his son had become, saying: “My darling old Harry, I’m so happy for you.”

“Some people were even crying,” Suhani Jalota, founder of the Myna Mahila Foundation told E! online. “I think it was just a very, really nice atmosphere to be in where everybody felt really loved.”

After his speech duties were done, Prince Charles could often be found at the side of his new bestie, Meghan’s mother. Guests noted how warmly he welcomed Ragland to Windsor and was frequently spotted throughout the course of the reception, with his arm affectionately wrapped around her.

The couple’s first dance was to Whitney Houston

According to The Telegraph, “The Duke and Duchess of Sussex danced their first dance to her 1987 hit, I Wanna Dance With Somebody (Who Loves Me)!”

People magazine noted that Markle had said it was her “happy song” back in a 2016 interview.

The song was the first single from Houston’s second studio album, “Whitney,” and hit No. 1 on June 27, 1987 and a perfect way for Meghan to introduce even more of her Black American heritage into her special day across the pond.

For anyone who ever doubted Meghan proudly views herself as a Black woman, both her wedding and her reception, repeatedly put those fears to rest.

Idris Elba took over as the DJ

It’s Idris on the ones and twos! 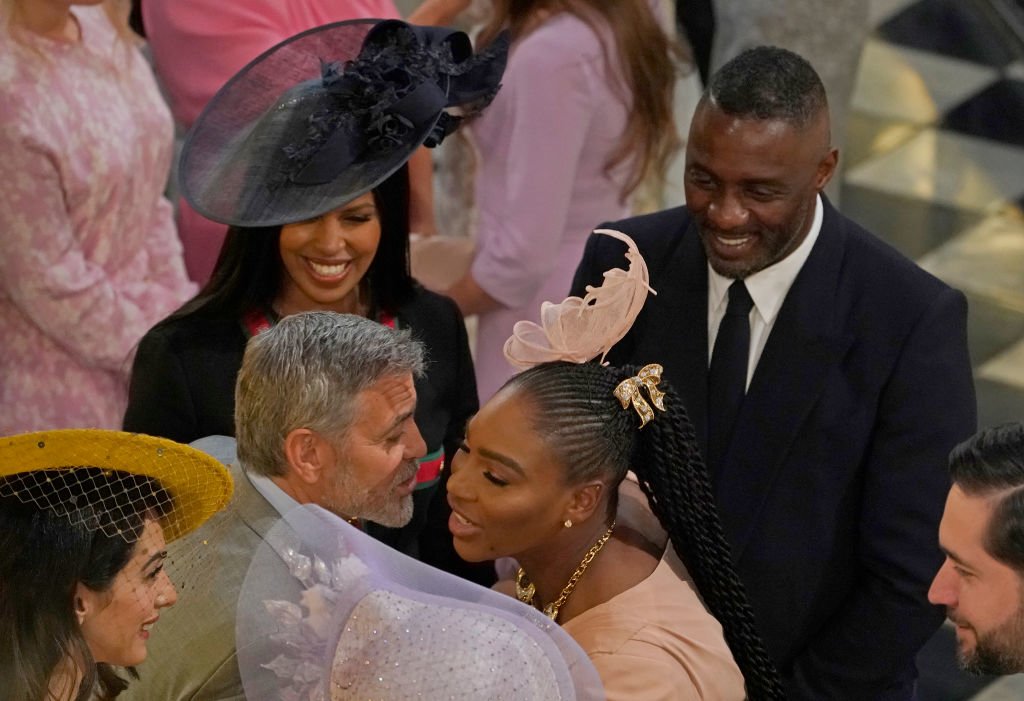 Even though Sam Totolee was officially hired as the reception DJ, at some point Idris Elba, who has been spinning records for decades, decided to take over and get the party started with a soundtrack of R&B hits and ’80s classics.

If you’ve never heard his stuff before here’s a sample. It basically sounds like drunk, rich people doing a bunch of hip thrusts on a yacht in Europe.

My new track #Spectacle, @Mixmag premiere: https://t.co/BTyhbWvrv1 Big up man like @petetong on the edit!

There was a royal dance off!

Thanks in part to DJ Idris and comedian James Corden acting as unofficial master of ceremonies, pretty soon the crowd of guests were tearing up the dance floor under a glass marquee in the grounds of Frogmore House.

The Duke and Duchess led the way into what eventually turned into a legitimate royal dance off!

Instigated by a cheeky Corden, the impromptu dance battle saw Charles, William, and Harry cutting up with Meghan and her mother, Doria. At some point, actor George Clooney grabbed a giddy Meghan for a dance, followed by her sister-in-law, Duchess Kate Middleton.

According to The Mirror, Clooney was one of the last guests left standing by the end of the night. Which is impressive considering the 57-year old just had twins last year.

To make sure all the ladies who wore heels were able to party in comfort, the Duchess provided monogrammed slippers for all her gal pals in attendance. A thoughtful touch that had them gushing on their social media accounts. 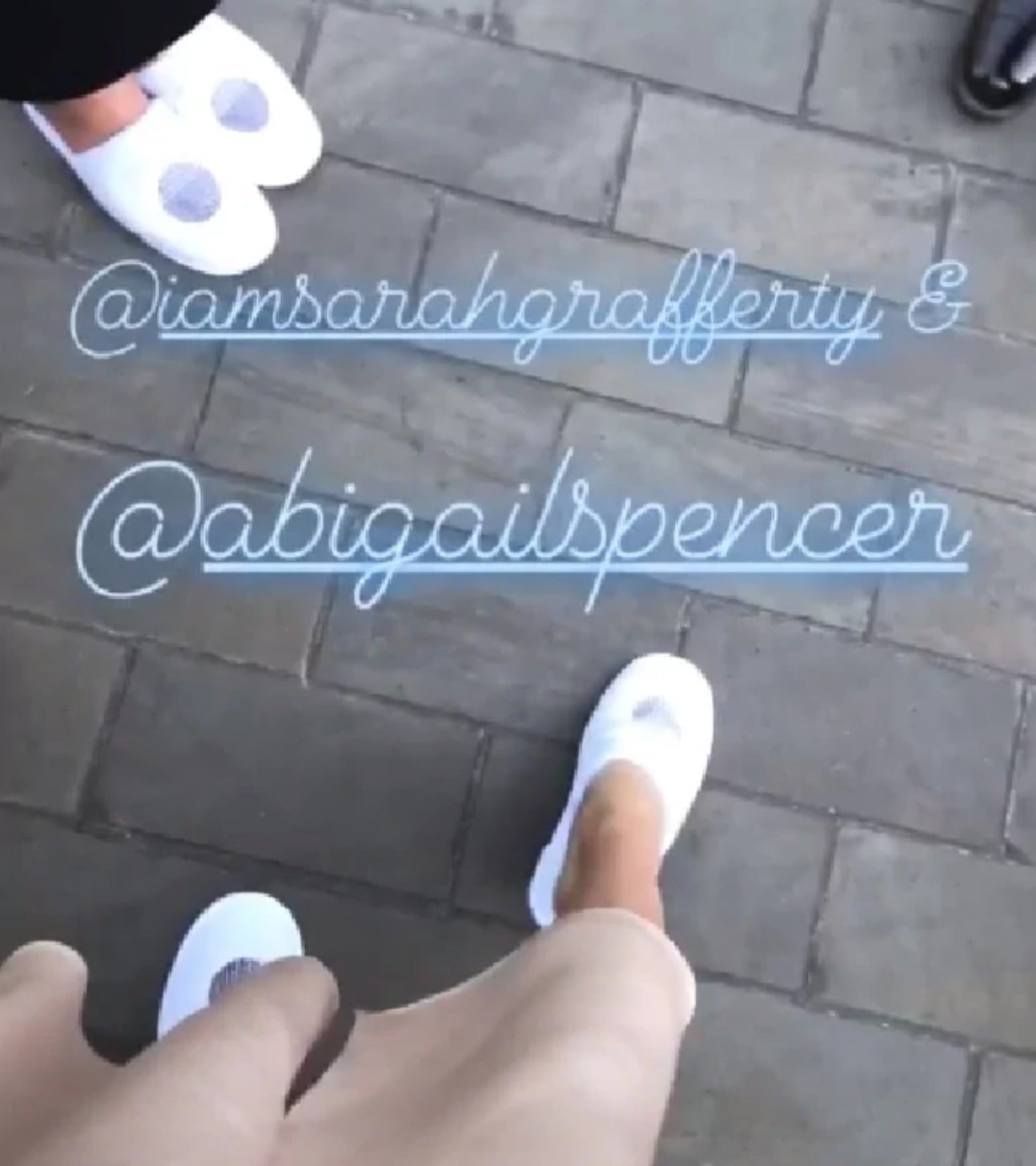 “How amazing is this? Because these shoes have come off, they have slippers for us. Slippers,” Pretty Little Liars actress Troian Bellisario, wrote on Instagram.

They drank A LOT

Since Harry met Meghan at Soho House, the Soho House staff, including founders Nick Jones, Markus Anderson, and publicist Isabelle May, decided to celebrate with the newlyweds. They helped with the late-night snacks, which included posh burger stands and Soho House-inspired personalized cocktails.

And did they ever enjoy those cocktails!

Smartphones were confiscated at the beginning of the evening, but the few guests who were able to sneak their phones in made it clear on their Snapchats and Instagram stories that the dranks were flowing freely.

Guests were also treated to Pol Roger champagne, whisky bars and a couple signature cocktails; the most popular being a specialty cocktail called “When Harry Met Meghan,” made with ginger and rum.

They made it with ginger… get it?

Where there are lots of drinks there will also probably be drinking games, and the Royal wedding reception was no exception.

Sources have widely confirmed that a celebrity game of beer pong went down this weekend. 23-time Grand Slam major winner Serena Williams apparently stole the show and whooped everyone’s ass (in her Valentino gown and sneakers) while her adoring hubby cheered her on.

“Sere­na Williams played beer pong like it was tennis,” a reception attendee reportedly told The Sun.

Check out clips from the epic turn up below!

The Duke and Duchess of Sussex depart Windsor Castle for a reception hosted by The Prince of Wales at Frogmore House, in a silver blue Jaguar E-Type Concept Zero. This vehicle was originally manufactured in 1968, and has since been converted to electric power #RoyalWedding pic.twitter.com/hRrxEUlFlJ

Little known fact: I often wear sneakers under my evening gown. These @maisonvalentino @pppiccioli gave to me last min. I told him be careful I tend to be comfy for long nights #beingserena

Two more of the incredible official #royalwedding images by @alexilubomirski, released by the new Duke and Duchess of Sussex. So beautiful! Scroll through for a cuteness overload as Harry and Meghan pose with their young bridal party. These were taken in the dramatic Green Drawing Room at Windsor Castle. “The Duke and Duchess of Sussex would like to thank everyone who took part in the celebrations of their wedding on Saturday. "They feel so lucky to have been able to share their day with all those gathered in Windsor and also all those who watched the wedding on television across the UK, Commonwealth, and around the world,” says KP. “Their Royal Highnesses are delighted with these official portraits taken by Alexi Lubomirski and are happy to be able to share them today. "They would also like to say thank you for all of the generous messages of support they have received." What do you think?!

FIREWORKS OVER FROGMORE! I spotted this beautiful display over Harry and Meghan’s evening reception on my way back to the hotel last night. Just before they got together two years ago, I interviewed Harry in Orlando and he told me how excited he was to see the Disney fireworks every night and it reminded him of going there as a child with his mum Princess Diana. I bet this was his special request for their wedding party! ❤️??

LOVE the stunning official wedding portraits of the new Duke and Duchess of Sussex, taken by @alexilubomirski. Could they look any happier?

Congrats to Meghan and Prince Harry on your nuptials. Enjoyed meeting many of your family and friends and an incredible honor to be a part of the whole celebration. May your journey together be full of love and children. Cheers! #royalwedding #princeharry #meghanmarkle