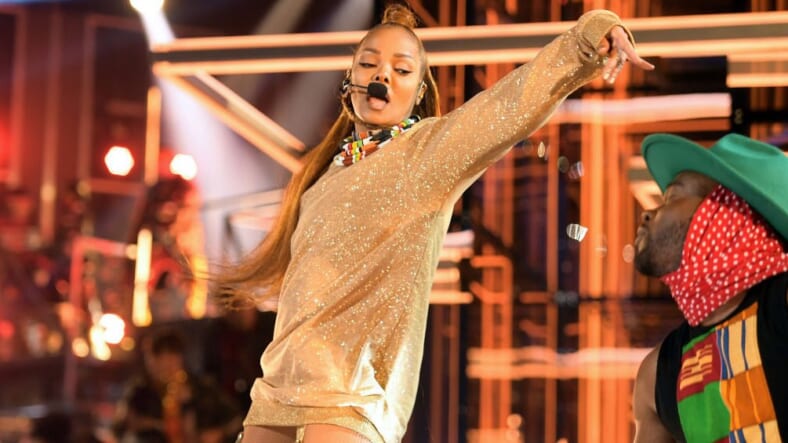 While there were a few performances we would rather forget (Macklemore could have stayed home and wtf is this BTS madness?) during Sunday night’s Billboard Music Awards, several artists served up entertaining moments at the annual event.

Kelly Clarkson did a good job as the show’s host and showed off her vocal skills more than once, but we’re not going to count her offerings. Janet Jackson was the most highly-anticipated performer of the night and she was in good company with stars like Jennifer Lopez, Pharrell Williams, and En Vogue taking the stage.

Here’s our list of the top 5 performances of the night.

Salt N Pepa brought it when they hit the stage for a medley of hits including “Shoop,” “Let’s Talk About Sex,” and “Push It.” These girls never get old and they still spit lines like they did at the beginning. All three ladies looked great and reminded me how fun hip hop used to be. When En Vogue joined them for “What a Man” I nearly lost my mind. I’ll be copping some tickets to Salt N Pepe’s yet-to-be-announced Las Vegas residency as soon as they go on sale.

Khalid and Normani impressed me with their rendition of “Love Lies.” The song is bit of a snooze fest, but the former Fifth Harmony member proves she has the chops to win on her own. Her vocals were on point and she mastered the choreography like a champ. Khalid has an undeniably distinct sound but his stage presence is still a little meh.

Pharrell Williams brought some excitement to the show when he joined Camila Cabello for their new single “Sangria Wine” followed by her No.1 hit, “Havana.” I don’t usually love the former Fifth Harmony member for some reason, but this song is legit and the performance is one of the better showings of the night. I would still take Normani over this one, any day.

Jennifer Lopez definitely picked up a few tricks during her Las Vegas residency and her showmanship was on full display during her performance of her latest single, “Dinero.” The track that features DJ Khaled and Cardi B is a banger for sure and we’re guessing it will be sitting atop the charts all summer. J.Lo’s mobster theme played well for the setting and the fake cash falling from the sky added a nice touch.

Janet Jackson proved she’s still got it when she served up some of our favorite hits from her endless catalogue of No. 1’s. She kicked off her highly-anticipated set with “Nasty” before performing “Throb” and “If.” The star-studded crowd was on their feet the whole time dancing to the undeniably addictive tracks that bought all of us back to the good old days.

Honorable mention goes to Christina Aguilera and Demi Lovato for their performance of “Fall In Line.” Say what you will about Aguilera’s occasional mishaps, but that girl can sang and we are here for it. Lovato didn’t do herself any favors going toe to toe with the riff master, but she held her own.