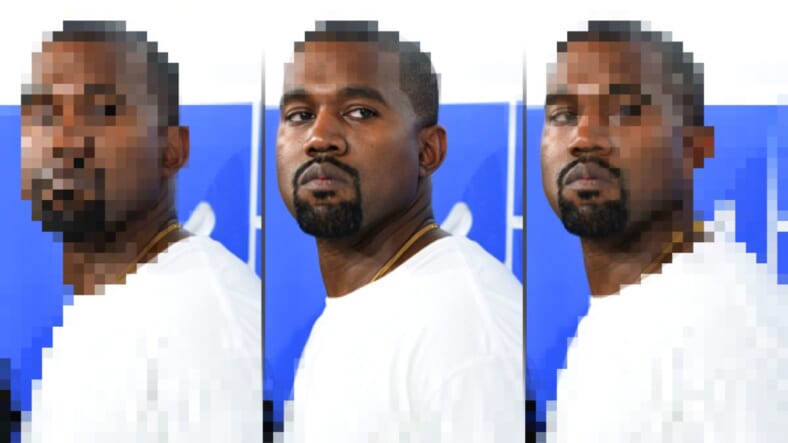 Kanye West and his ever changing moods. (Photo by Larry Busacca/Getty Images)

There has been much speculation about Kanye West‘s mental health in the last few years. Some have assumed that he had a genuine illness that needed both proper diagnosis and treatment while others figured he was simply still grieving after the loss of his mother Donda West. Some even dismissed his antics as brilliant publicity stunts.

But Friday, West put all the speculations to rest after he admitted on his new album “Ye” that he in fact has been diagnosed with bipolar disorder otherwise known as manic-depressive illness.

“I’ve never been diagnosed and I was like 39 years old,” The 40-year-old rapper said at his Wyoming “Ye” listening party event.

The revelation has made some critics more compassionate towards Yeezy, but there are still those who consider he is manipulating the situation by using his illness an excuse which does not absolve him of his sins.

To get a better sense of what Kanye’s behavior, his new music, and disclosing his private health issues must look like to someone who actually lives with the disease every day in the real world, theGrio spoke to Morgan France-Johnson, a mental health advocate, who was diagnosed with bipolar disorder in 2016. She relates to the polarizing producer in a way that most people simply cannot.

Below is her story, in her own words, as told to us.

READ MORE: Trump is right, Black unemployment is at an all-time low, but that’s not the whole story

“I’ve speculated that Kanye and I had a similar diagnosis for quite some time now.

While being bipolar does not justify everything that he has done, I understand what it’s like to say something and not mean it just a few minutes later because that’s exactly how this disorder works.

There have definitely been some insensitivities with how the press and people in general talk about Kanye, especially considering that he is a Black man with a mental illness.

Kanye is becoming a martyr for those of us living with mental illness largely because most people see his hyper-mania and his manic side and dismiss it as a bid for publicity. Very rarely do they see his depressed side or when he’s being what you would call ‘normal.’

His contradictions speak for themselves

I get it. The media is going to always go for the best story.

And yet, if you have this Black man who in years past has repeatedly stood up for the Black community and is the same man who once said, ‘President Bush doesn’t care about Black people,’ now suddenly aligning himself with a President who stands for hate and division – obviously that contradiction doesn’t make sense.

When I’ve been in similar situations and looked back to ask why I contradicted myself so much, nine times out of 10, I’ve been able to attribute those actions to my mental illness.

I’m not saying that everything he does stems from him being bipolar, but it needs to be taken into serious consideration when he does things like this. There is a real explanation.

When I heard the “Ye” album on Friday my first thought was: Thank you.

In Kanye’s last album release, Life of Pablo, he talked about his illness very subtly without giving it a name. In this album finally confirming it was cathartic for me. People don’t realize how hard it is to admit you’re mentally ill or how much bravery it takes to come to terms with it. Now he can free himself in ways he may not have been able to before.

It’s very hard to live with something that is this big. I can’t stress that enough because sometimes people talk about bipolar disorder like it’s a small thing. This illness is in our brains and our brains control EVERYTHING.

We can’t always control how we think or feel, especially when we’re unmedicated, so for Kanye to climb out of that dark hole and even put those words together and admit it to the world, was awesome. I’m hoping it will help continue the conversation around mental health on behalf of the rest of us.

When people start to listen to the album, I bet many will say at first, ‘Wait, this sounds crazy as hell…largely because it is! It is crazy as hell. He’s speaking about thoughts and emotions you may only be able to truly relate to if you’re mentally ill. This album lets you see what life is like for us every day. Even if I hate what he says a lot of the time, I give Kanye credit for his ability to be honest even when he’s not making sense.

Personally, I wasn’t honest about my own mental illness for quite some time. I had to get to a point where I realized that I had to say something and give people context for my erratic behavior or they were going to think I was just being an asshole for no reason.

When he says in the album, “I thought about killing you today, and I love myself way more than I love you” that resonated with me. I’ve thought that before. I’ve felt that way before. I know what it’s like to have your mind be a dark place that scares you.

The takeaway message in all this

I hope that those who don’t have a mental illness see Kanye’s behavior as a cry for help because in many ways that’s what it is.

I hope they hear the album and say, ‘Wait a minute. What friends and family do I know who this reminds me of?’ I’m hoping it will prompt people to start doing their own research, not just on different mental illnesses, but how they can be more empathetic to those who have it.

Yeezy is a celebrity so he’s on a main stage, but what about the people you know in real life who are suffering? At what point is society going to equip the public to learn more about mental illness rather than just judging us from a distance? Because that’s the only way we can get away from the stigma that still exists around this issue.

Is he just using this as an excuse?

Anyone who thinks Kanye West is just using being bipolar as an excuse has clearly never been to a mental hospital. They can’t relate because they don’t understand. In the past two years, I’ve been in and out of the hospital four times. I had a manic episode just this past February and it was a moment when I was completely out of myself and had no control.

People who judge ‘Ye think he has more control over himself and his actions than he really does. And that one major disconnect in understanding how this illness works is why they judge him the way they would someone of sound mind.

Of course, people with mental illness shouldn’t get free passes for everything. I get that we live in a society where people have to take responsibility for their actions. At the same time what does holding a mentally ill person look like exactly? Where is that line and who gets to decide that?

It’s a difficult question; one that I still grapple with myself.

The hardest thing about being a Black woman with bipolar disorder was learning to love the darkness and to make some sort of peace with it. At times it does gets REALLY dark. I also had to learn to love myself again after my diagnosis. I was essentially the same person, but suddenly I had a name for all the scary places in my mind that I didn’t understand in the past.

What role does Kim play in all this?

Given Kim Kardashian West’s history, I’m not sure she was ever equipped to handle someone like Kanye, much less Kanye with an unmanaged mental illness.

She doesn’t seem to be the kind of person who could protect him from the media in the way that I suspect his mother, Donda used to. This diagnosis highlights why the loss of his mother affected him so greatly because she was in many ways a shield for him.

I say this all the time, but if a camera followed me around all the time and I was famous, people would probably hate me as much as they hate Kanye, because like Kanye I am bipolar and therefore do bipolar s**t.

From what I’ve seen, Kim isn’t protecting him from the media. When I was in a relationship, my partner got very good at saving me from myself. I had someone I trusted who could step in as a translator between me and the rest of the world. I know that’s a big thing to ask of anyone, but instability is a big trigger for us. We don’t know who we’re going to be one minute to the next, so our loved ones become our main source of stability and accountability.

We need to know they’re going to be there for us, even when we can’t be there for ourselves. Delusion is also a big part of bipolar disorder, so when Kanye is having one of his delusional episodes (which is a symptom of this illness) as his wife, that’s when Kim would need to step in and say, ‘Honey, give me your phone. We’re not doing this today.’

For people who don’t have a mental illness this approach may seem intrusive, but again, our brains aren’t wired the same way. Which means our romantic relationships require a level of dependency that may seem disrespectful and smothering on the outside looking in, but is actually keeping us from going off the rails.

Next time Yeezy has an episode I would love the media to say, ‘This is what Kanye did, and let’s put this in context with how it relates to his bipolar disorder.’

Drawing those type of informed correlations is the only way to truly educate the public. It doesn’t mean we’re excusing him, but instead giving people context to finally understand why he is the way he is. And giving them context to understand the rest of us too.

In a perfect world the media would give people real information and let them make their own judgments while equipped with all the pertinent facts. Instead we’re stuck in this cycle where everyone is encouraged to jump to conclusions and mock him.

Am I die-hard Kanye fan? Not entirely.

If his music pops up, depending on which album it’s from, I may or may not listen, but I’m not ready to cancel him either. I don’t agree with everything he says, but I do enjoy some of his music and relate to him more than most. So, if I canceled him, I’d have to cancel myself.”