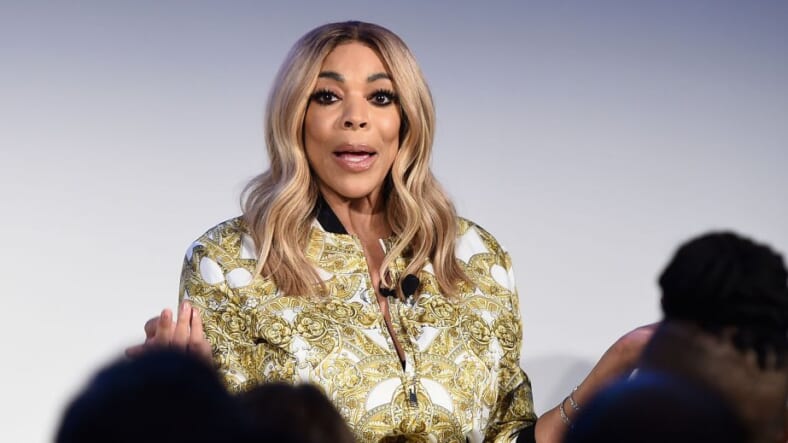 Wendy Williams often throws the entertainers she blabs about under the bus, but  the talk show host has compassion and sympathy for Kanye West saying in a recent interview that she feels bad for the misguided rapper.

When asked about West and his recent controversial statements about slavery and his pro-Trump stance, Williams said West was “in the throes,” but that she wishes him well.

“I think that mental illness is something that is so real. A lot of people in jail right now, if they could’ve just gotten through some mental illness counseling, [wouldn’t be incarcerated],” Williams said.

“As long as I’m here and you’re listening, I will tell you I feel very, very bad for Kanye West. His father is nowhere in the picture, his mom passed away trying to beautify herself to be a stage mom. I’m not going to talk about his wife, his family, or anything like that. But what I will tell you is that he’s not well. That is the very foundation of everything he says. He’s not well. I wish him well.”

Several artists have come out and spoken against West’s antics, but like Williams, rapper T.I had a more sympathetic take on what’s going on.

“I mean, I’m at a loss of words, man,” he admitted to TMZ. “It didn’t hurt nobody but him, and that’s the conundrum. Why would someone who has so much put himself in such harms way, such a direct line of fire, I don’t know?”

But no matter how much he disagrees with what’s been going on, he knows Kanye’s “intentions were not malicious.”

“He tends to believe that it’s going to force everyone to engage and discuss things that we would not have discussed before he made this statement,” Tip explained. “And he said, ‘If people have to hate me in order to do that, so be it.”