The Golden State Warriors are outchea living their best life!

Except in doing so they are now facing criticism for how they chose to celebrate their sweet victory, according to 12up.com.

After sweeping the Cleveland Cavaliers and winning three back-to-back NBA championships last Friday, Stephen Curry, Kevin Durant, Klay Thompson, Draymond Green, Jordan Bell and the rest of the star-studded crew celebrated backstage like pros by spraying reportedly $400,000 worth of champagne. Bell was even said to be intoxicated during a live interview after the game.

And of course the celebration didn’t end there! On Tuesday, the Warriors kept the party going and reportedly spent an additional $500,000 on booze during their downtown Oakland’s championship parade. 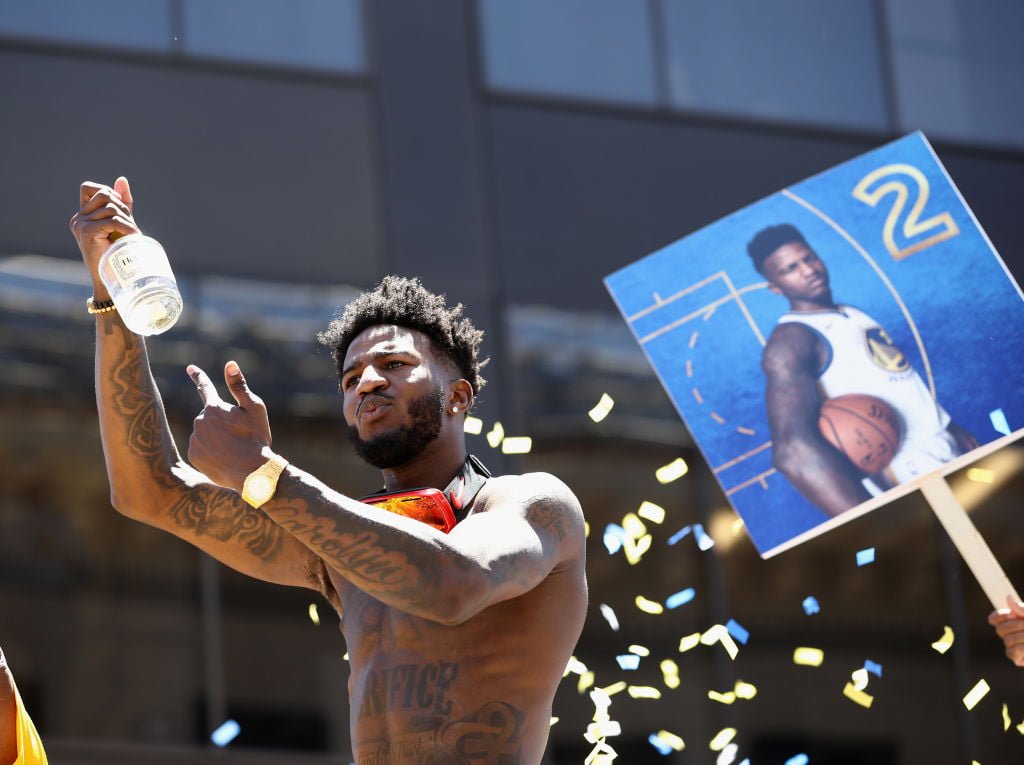 Their buses were loaded up with 6-liter and 15-liter bottles of Luc Belaire Rare Gold, Luxe and Rosé, according to TMZ.

At one point during Tuesday’s parade, Curry ditched security to personally greet and hang out with fans.

“Human nature says it’s not that cool, you’ve done it before,” Curry told a reporter before breaking loose and running out into the crowd. “I want to enjoy this one as much as I did the first and second one, which is what I’m about to do right now!”

In June, CNBC reported that Curry’s salary for the 2016-17 NBA season totaled $12.1 million. The amount was part of a $44 million contract he signed six years ago. His teammate Kevin Durant brought in $26.5 million, according to the same report. Last July, Curry renewed his contract for $201 million, including a $34 million payment for the 2017-18 season.

“One thing my pops always told me is you never count another man’s money,” he told The Mercury News. “It’s what you’ve got and how you take care of it. And if I’m complaining about $44 million over four years, then I’ve got other issues in my life.”

What do you think Griofam? Is spending nearly $1 million in alcohol is excessive? Tell us what you think in the comments below.