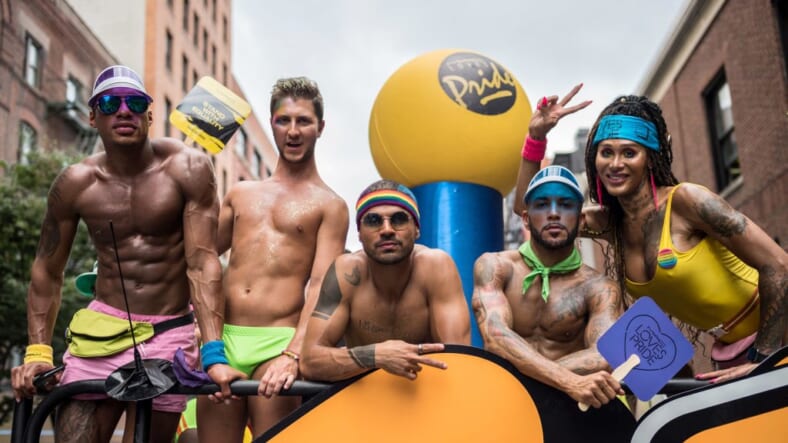 This past weekend, crowds covered in glittery, rainbow-colored garb danced and sang in the streets as they paraded in the West Village and Chelsea while making a strong political statement against Donald Trump’s administration.

Considering the event was created to commemorate the riots that erupted in response to a police raid at a New York gay bar called the Stonewall Inn in June 1969, political activism has always been a focus of this gathering in spite of its colorful and festive presentations.

An estimated two million people attended Sunday’s celebration, which was both a celebration of the diversity and a push back against anti-LGBT policies promoted by the current presidential administration including the GOP’s attempt to ban all transgender people from serving in the military. Participants also spoke out against policies aimed at other oppressed communities, like immigrants and minorities.

“We’re making a statement that we’re here, everybody. Whether it’s immigrants, whether it’s queer people or people of color, we’re not going to put up with what this administration is doing,” said Diego Molano of Queens, at his second pride parade. “You can’t just cage everybody up.”

READ MORE:  White student who lied about being raped by Black man gets paltry jail sentence

To coincide with the event, a New York state memorial to lesbian, gay, bisexual and transgender people that honors victims of intolerance was officially unveiled in Hudson River Park in Manhattan by New York Gov. Andrew Cuomo on Sunday.

Considering New York City is Trump’s home turf one can’t help but wonder if he’ll ever be able to return there in peace once his term ends.