Cleveland community rallies around youth after complaint about lawn service

Reginald Fields was just doing the job he was hired to do when the police suddenly showed up. 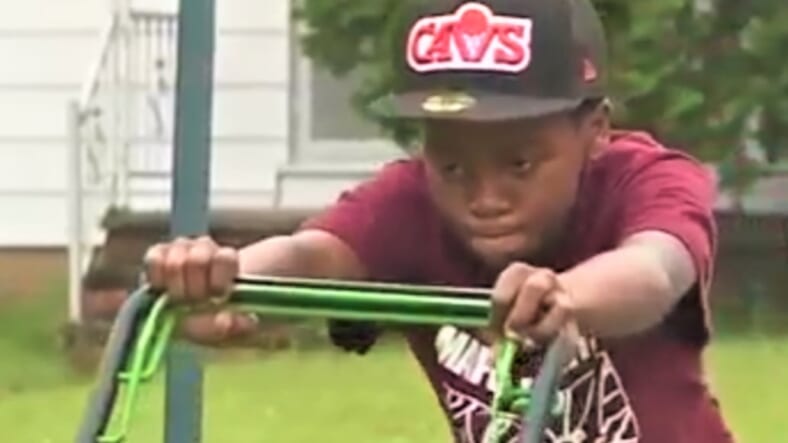 Last week, a Bay Area resident took issue with a little Black girl selling water on the sidewalk, and this week, someone in suburban Cleveland called the police on a 12-year-old Black boy and his lawn-mowing team for accidentally cutting a patch of their grass.

The story developed after Maple Heights, Ohio, resident Lucille Holt called Reginald Fields, 12, and his team of cousins, brothers and sisters, to come cut her lawn, according to News 5 Cleveland. The energetic team goes by the title Mr. Reggie’s Lawn Cutting Service.

Holt said everything was going along just fine when the police pulled up and Holt said she was confused. She learned her neighbors called police because the youngsters accidentally cut an area of their grass that abuts Holt’s property. There is no fence to mark where one property begins and another ends.

“They called the police to tell the police that the kids were cutting their grass,” Holt told WEWS. “Who does that?”

As for the police, they said nothing.

But the incident did make a mark on Reggie.

Holt was so taken aback with the incident that she made a Facebook post about what happened. And people were quick to respond, flooding Holt with inboxes asking how they might reach Reggie and how they might employ him to come cut their grass, Holt told News 5.

Reggie told News 5 that if anyone wants their grass cut to just get in touch.

The neighbors contacted News 5 to say they’d seen the Facebook video but said they did not want to comment on the incident.

Holt told WEWS that the neighbors had called police in the past when her children were throwing snowballs and another time when she was giving one of her children a whipping.