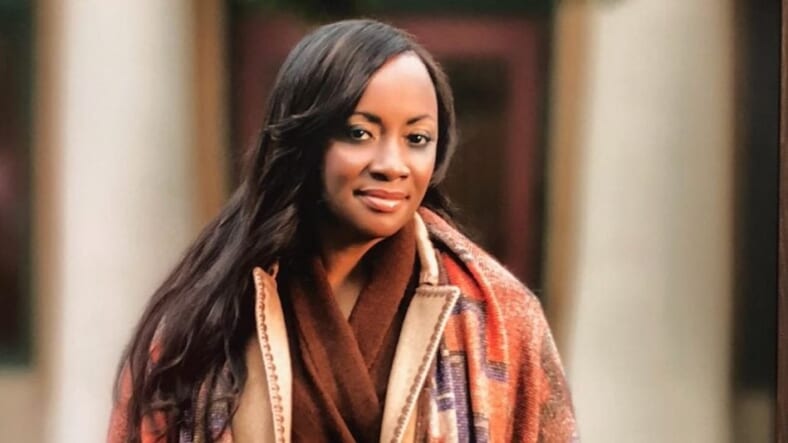 Whitney Houston fans are in for a soberest when the highly-anticipated documentary, Whitney, hits theaters on July 6. The powerful documentary directed by Kevin MacDonald reveals several startling truths about the late superstar. Pat Houston executive produced the film and we sat down with her at the American Black Film Festival in Miami to get her thoughts on the final product.

“It was kind of very revealing. A few shockers. It felt good seeing Gary and Michael especially and my sister-in-law, Donna, because they’re the Houston’s and always living their lives in a bubble. Being able to exhale and talk for the very first time was amazing. Although I have been around for 26 years, you feel that healing process and I felt that with all of them so it made me feel good,” she said about her reaction to the film.

“Whitney herself started to do a documentary back in 1999 so I knew she wanted to do one. This was just the right time.”

Pat Houston appears in the film several times and very involved in Houston’s life and career until her death. Still, she says the film was more about the entire family.

“It was more about my family and their reveal and their experience through this. I have seen their emotions and the family members had to go through a lot. They were waiting to exhale and they did. I love her fans and they are so dedicated. They’re constantly wanting to hear new stuff and new music and wanting to keep her legacy alive but she’s not here,” she said. “That speaks volumes, so I thought we could give them something and show them something so they can understand why she’s not here. It’s not just the music. She had a life. A lot of things and decisions that were made in that life, cause and effect. They know the history of her music, but we were giving them the history of her life.”

After watching the film, some fans may have mixed emotions toward that family, especially Whitney’s father and brothers, who at times, were portrayed as greedy enablers who were more interested in padding their pockets than saving their sister.

“If family members were on the payroll, they were working. That’s what people fail to understand. Gary was her lead background vocalist. At the beginning of her career, Michael did work for her. These people played a role and when I looked at that part, I thought, ‘Wow,’ because we knew the deeper story,” said Pat Houston. “She has always had good people working with her. I never took issue with the family. I took issue with people around the family. There are a lot of opportunists and people who tried to take the place of her family.”

Another shocking revelation from the film comes when we learn that Whitney and her brother were sexually assaulted by their cousin, DeeDee Warwick. According to Pat Houston, she’s the one who had to break the news to DeeDee’s sister, Dionne Warwick.

“It was one of the hardest things that I ever had to do. I was a bit selfish at the beginning because I was angry I was the one who had to tell her. It was tough to do but it had to be done. No one wants to hear that this happened. It’s a bit overbearing but it had to be done because Dionne is such an honorable woman,” said Pat Houston. “Family members can’t be held responsible for things that other folks do. It was a tough place to be in but I had to dig up the courage to do it because I did not want her to be surprised.”