“Don’t cut off your nose to spite your face.” 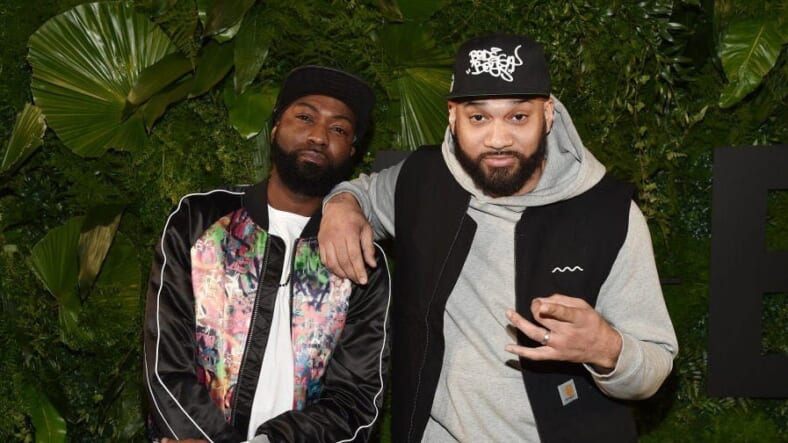 Hip Hop comedy duo Desus and Mero know their worth, and they allege that this fact is what ultimately turned out to be the problem over at VICE.

Desus Nice and The Kid Mero recently chatted with Bossip about leaving their viral Viceland show behind for a new late-night series at Showtime and pulled no punches when explaining how things ended on a sour note.

According to the two self-made comedians, they technically didn’t even get a chance to finish out their contract because Vice cut them loose as soon as they caught wind of the Showtime news.

READ MORE: After bogus 911 call, cop pulls gun on unarmed Black kids who were being harassed

“Can I just be messy off the rip right now?” Desus began. “Vice has us for two more months….we did not leave Vice, Vice ended our contract. They were in their feelings because we were leaving.”

“We could still be doing the show,” he continues. “And it bothers me because now people are tagging us like ‘do this, do this, what would your reactions be for this?’  and I’m like, ‘yo wow, what would my reaction be?’”

Mero’s take on their abrupt breakup with Vice sums it up neatly: “Don’t cut off your nose to spite your face.”

“Viceland wanted 160 episodes a year,” Desus divulged. “We have no writers, it’s literally me and Mero talking to one another every day. If you want us to do this for 160 episodes, pay us 160 million dollars—otherwise we would have killed each other.”

READ MORE: #PermitPatty is back in the news as community organizes fundraiser for the Black girl she called the police on for selling water

“We were carrying that network on our back, and we felt the weight,” he continued. “They were talking about, ‘do not take the weeks off because we don’t get ratings,’ and it’s like, yo, we’re just two people”

“We were literally the LeBron of that network,” Mero chimed in. “As a dad, you wanna be around for milestones for like graduations, birthdays…and it’s obnoxious to have to be like, ‘I can’t go to my kid’s graduation because we leave the studio at 3 o’clock and the graduation is at 4.’”

“The channel wanted us to die for this f**king network,” said Desus, who is clearly still confused and frustrated by the way they were treated. “We’re also the highest rated show on the network, put some respect on our name, have someone come massage my feet.”

“And we are not divas, we’re flexible dudes,” Mero assured. “They kinda undervalued us a little bit.”

Despite the drama with their former employer both men are excited about the move to Showtime which means a bigger budget and more fleshed out content.

As the only talk show on television without a writer’s room, the ambitious duo still has a lot of work on their hands and high expectations to meet, but they are relieved that at least now they can do that somewhere with a more balanced work culture that allows them time to breathe a bit.

“It’s not like we ran off on the plug,” Mero assured. “The very fact that we’re going to Showtime means that the show is going to get bigger and better. It’s gonna be on a bigger scale, bigger budget, more exposure, more likeliness to win a f**king Emmy.”

“Imagine listening to the podcast and you don’t have to imagine what’s going on,” chimed in Desus. “I get it, people are afraid, your favorite show no longer comes on at 11pm…but listen, we’ll get our way back in y’all hearts.”

“Bodega Hive is something very personal to us,” he continued. “We cannot just sh*t on this f**king fanbase.”