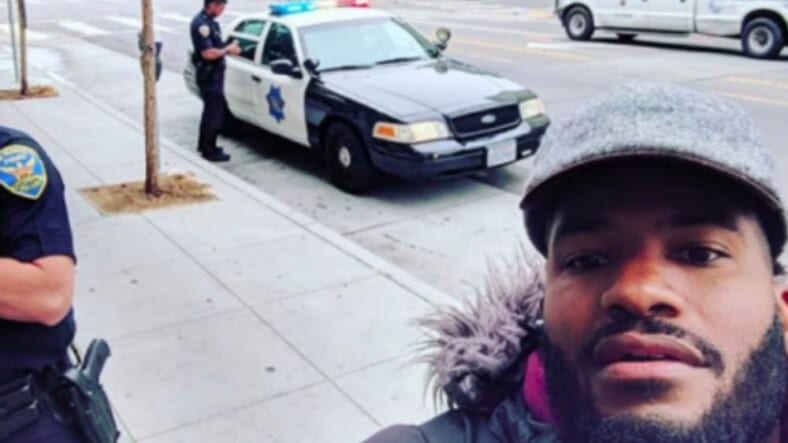 Let us count the ways Black people have constantly been stopped and harassed for trying to live and this time the Black owner of a gourmet lemonade shop in San Francisco got the cops called on him as he opened up his own store.

—Georgia lawmaker Jason Spencer apologizes for spewing n-word multiple times on camera, but will not resign—

Viktor Stevenson, the owner of Gourmonade, a high-end lemonade stand in San Francisco’s Mission District told AJ+ in an interview, that he was minding his business while opening his business, when four cops rolled up on him, alleging that they were responding to a burglary call saying that he was breaking into his store.

This is what it’s like for a black business owner in a gentrifying SF neighborhood: Racist graffiti and calls to the police for unlocking your own store. pic.twitter.com/F9lVsIaKM7

Stevenson said he was simply checking his burglar alarm security system – and was not the burglar when cops approached him, one with his hand on his gun while holstered.

The officer said “Can you prove that this is your business?” and I said ‘Absolutely. Like, I have the key,’” Stevenson told AJ+. “I opened and closed the doors.”

This incident is the latest in a series of events where police have been called on unsuspecting black people because black people have used 911 like customer service. Stevenson said he believes he was racially profiled.

“My problem isn’t with the SFPD (San Francisco Police Department,” Stevenson explained. “The bigger problem here are the individuals who think it’s okay to pick up the phone and call 9-1-1 irresponsibly,” he told ABC 7 News.

“I didn’t realize that they were here for me until they were about a foot away from me,” he said.

“It’s a bit surprising here in the Mission,” said a customer, Demitris Woodard told ABC7 News. “I mean, it’s a pretty diverse area. I wouldn’t expect that. But I mean, I guess it could happen anywhere.”

Another customer Chelsea Farley was surprised  too.

“It’s a massive bummer just because you would like to think that San Francisco is this bubble of positivity,” Farley explained. “But it’s just not even the bubble can protect that kind of situation happening here.”