EXCLUSIVE: Laura Harrier and Damaris Lewis on their powerful roles in ‘BlackKklansman’

The stunning actresses represent for the women of the Black Power movement. 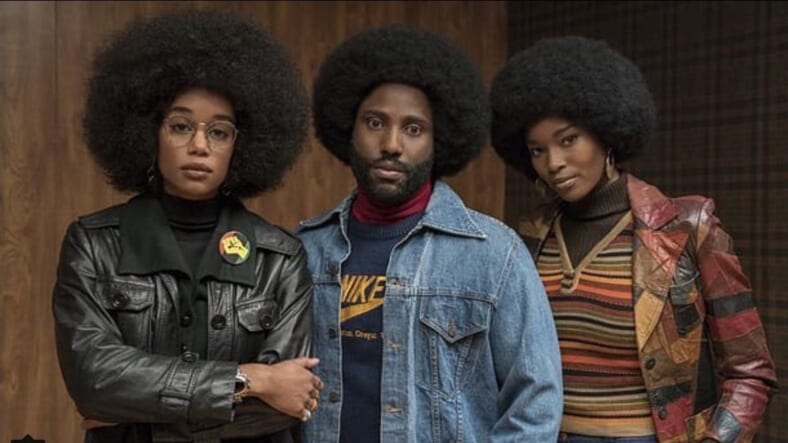 BlackKklansman hits theaters today and we can’t wait for the world’s reaction to the Spike Lee joint that highlights how much is at stake when we let hatred reign supreme.

The flick stars John David Washington as Ron Stallworth, the real-life detective who successfully infiltrated the Ku Klux Klan in the 1970s and draws undeniable parallels between that tense and tumultuous time and the frightening realities of today’s racial landscape.

We caught up with two if the film’s stars, Laura Harrier and Damaris Lewis to find out how they tackled their powerful roles in the film and what meant to represent for the women behind the Black Power Movement.

“There wasn’t a challenge in taking on this role because it was more of an obligation,” says Lewis who plays Odetta in the film. “There are a lot of women in that movement whose names you don’t know and they were the backbone. They were the ones having the breakfast clubs, they were the ones powering through the schools and it’s really important that we have female representatives in this movie and that’s what we are.”

Lewis noted that some of the film’s scenes were tough to swallow, particularly because they were rooted in truth and she’s hoping the movie will open the eyes of people who refuse to accept what a dangerous time we are living in.

“There were some scenes that were really tough. I do find that I spent less time in shock and more time doing the work. This stuff has been happening for a long time and now we’re waking up. The more time we spend saying, ‘Oh, I didn’t know this country was like that,’ the longer it’s gonna take for things to change.”

Laura Harrier who plays Patrice, (the president of her university’s Black student union) in the film shared similar sentiments about feeling the weight of representing the women who are often forgotten, but extremely instrumental in the movement toward social justice.

“I had so much influence from all of these women I respect so much and I just wanted to pay homage to them and do their stories justice. I felt really empowered by it,” she said.

“I really loved learning more about the history of the Black Power movement and I was so inspired by these women I researched. I got to meet Kathleen Claever which was incredible. It was really inspiring for me and I felt so proud of being a black woman and I wanted to celebrate that.”

BlackKklansman is in theaters now. #Don’tSleep.