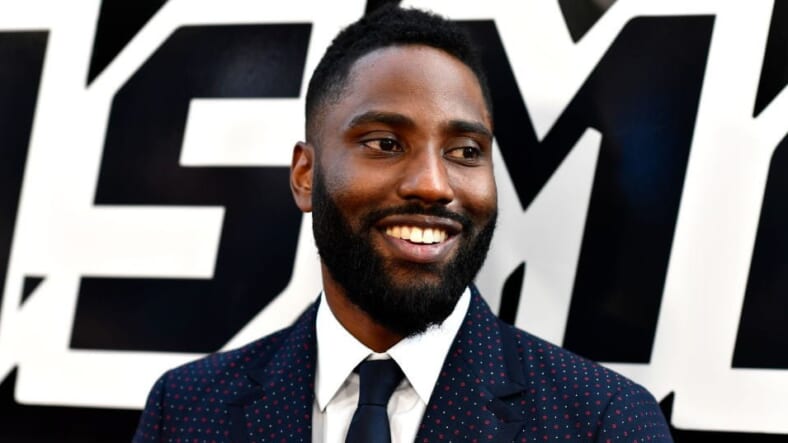 John David Washington is the star of Black Kkklansman and if you haven’t already purchased your tickets…get on it.

The Spike Lee joint is based on the true story of Ron Stallworth, a Black detective who managed to infiltrate the Ku Klux Klan in the 1970s and it’s not to be missed. We caught up with Washington at the film’s L.A. premiere to find out what went into crafting his masterful performance.

Although he’s the son of Hollywood royalty, (Denzel Washington is his pops), John David Washington is hell bent on carving out his own lane and he does just that in Black Kkklansman. Even though his starring role in the film that is likely to open the eyes of millennial who may not be as aware with our country’s disgraceful history of homegrown terrorists in hoods and the Black Power movement, he’s not interested in becoming anyone’s symbol.

“I can’t think of it like that because it’s too much pressure. I gotta make sure I do my job correctly and tell the truth. I have to make sure I accurately portray this man’s life because I’ll be exposed otherwise,” he told TheGrio. “If I can get one person to be inspired by that then I did my job. I’m not trying to be the leader of the new school or anything like that. I’m ready to follow. Hopefully I can inspire somebody that I’m able to follow.”

One person Washington was happy to follow id the film;s director, Spike Lee. According to the actor who also stars in HBO’s Ballers, Lee’s unique brand of genius comes from the confidence he has in his cast.

“How much trust this genius, this legend has in his performers…that’s what I appreciated so much and that meant the most to me,” says Washington. “With that trust, I was able to explore the depths of my abilities I didn’t even know I could get to at this time in my life. I was able to dig down deep and bring out so much honesty and truth and that’s a result of the research and the chemistry reads and the rehearsals and all of that but how he asked for it made me so comfortable as a performer.”