WATCH: See Beyonce behind the scenes at her VOGUE cover shoot 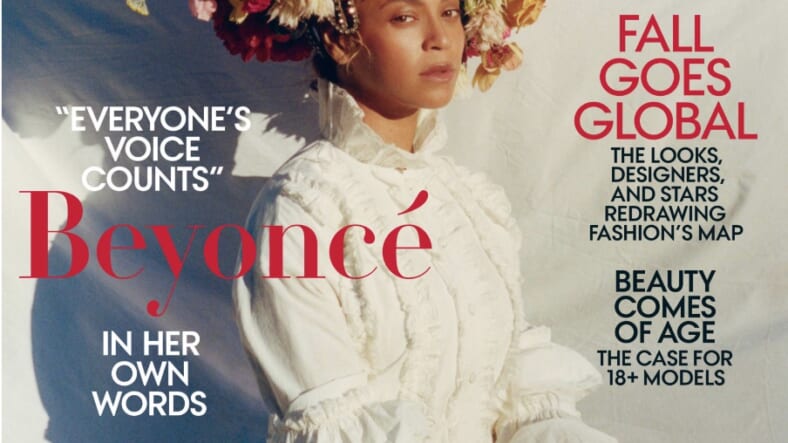 By now, we have all seen the stunning photos of Beyonce in VOGUE‘s September issue but the magazine isn’t done serving up gems from Bey.

Tyler Mitchell is the 23-year-old photographer who captured the sexy snapshots for the cover and accompanying spread, making history as the first Black photographer to score the coveted gig. Now, he’s taking us behind the scenes in a film he directed during the shoot.

In it, we see Beyonce checking out polaroids and dancing her way through the shoot and even get a glimpse of the twins, Rumi and Sir as well as six-year-old, Blue Ivy.

The gorgeous video is set to Curtis Mayfield’s classic, “The Makings of You”.

Over a week before VOGUE debuted their September issue with Beyonce on the cover, rumors started swirling that Beyonce used her unprecedented creative control to get Mitchell the job.

He spoke out and shut down those rumors and affirmed that it was actually VOGUE who recruited him. Specifically, the magazine’s editor-in-chief, Anna Wintour and Condé Nast’s Corporate Creative Director, Raul Martinez.

“An article from @BoF explaining the leaks and rumors around our shoot. The truth is Raul Martinez and Anna Wintour proposed and hired me for the Vogue shoot and Beyoncé quickly agreed,” he posted on Tuesday along with a link to BoF.

An article from @BoF explaining the leaks and rumors around our shoot.

The truth is Raul Martinez and Anna Wintour proposed and hired me for the Vogue shoot and Beyoncé quickly agreed.https://t.co/KOQx7SgebS

“The concept and the photographer was entirely Vogue’s, specifically Raul’s,” Wintour told BoF. She also suggested the “unprecedented creative control” was a stretch and that the feature was a collaboration between the magazine and Queen Bey.

Martinez says he first noticed Mitchell’s work in Teen Vogue digital cover in March and Beyonce “immediately approved” his name from the suggested list. She was reportedly aware of the photos he previously snapped of Solange.