Young Black men expect increased scrutiny, surveillance and even direct targeting when in areas that have more white people than they typically encounter, the study shows. 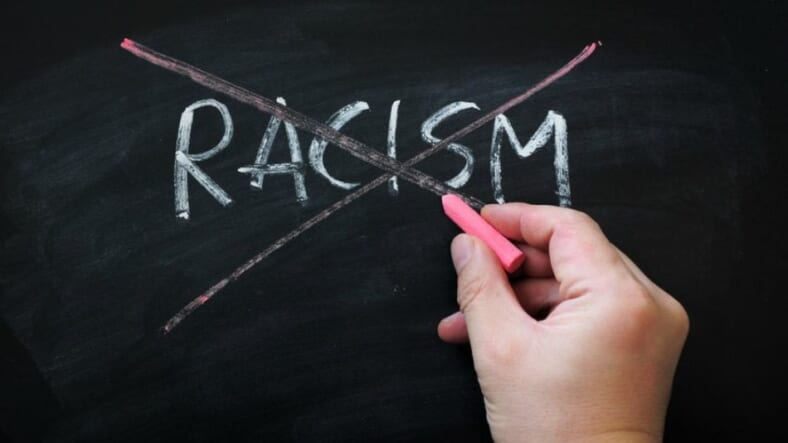 Another day, another study confirming what so many people in our community already know: Black boys don’t feel safe in predominantly white neighborhoods.

Researchers from the Department of Sociology at Ohio State University conducted the study by giving 506 Black boys between the ages of 11 to 17 smartphones to track their locations every 30 seconds for a week, according to The New York Times.

Participants were asked where they were, who they were with and how safe they felt around Columbus, Ohio, on a scale of 1 to 5. The mini survey took place from 2014 to 2016 with researchers receiving almost 7,400 surveys, the report says.

Young black men expect increased scrutiny, surveillance and even direct targeting when in areas that have more white people than they typically encounter, a study has found. https://t.co/6u5JGBM6uc

The study’s lead author, Christopher Browning, is a professor at Ohio State University and has extensive experience researching how children’s neighborhoods affect their behaviors and health.

Browning told ABC News that in Columbus, where the study was conducted, “There are high levels of segregation and poverty, but a lot of variation in close proximity— there are affluent suburbs that are next to neighborhoods that are really poor.”

“Chicago is a place in which everyone knows where you’re not supposed to go,” Browning told the television news outlet , speaking of his own childhood experience, growing up on the South side of Chicago. “In social science, this is the area we are interested in—neighborhood environments. When we think of environments that do not include family, we think about the neighborhood—potential exposures for youth that may have some important consequences down the line.”

You don’t say….I took my nephews to Santa Monica, we stayed at fancy #CasaDelMar I was worried about them hanging out on the beach without me, their mom asked about DIVERSITY in the neighborhood, smh! Black Boys Feel Less Safe in White Neighborhoods https://t.co/3WtQfiJJmj

Unsurprisingly, the study found that young Black men expect increased scrutiny, surveillance and even direct targeting when in areas that have more white people than they typically encounter. They also felt less safe in neighborhoods that were poorer than the ones they frequented. In contrast, Black girls didn’t report feeling less safe in whiter areas. Researchers also noted that white youths tend to self-segregate.

“Their experiences aren’t as variable—they do not spend as much time in Black neighborhoods that Black youth spend in white neighborhoods,” Browning said. “It’s the experience of having to navigate places that are whiter that may actually introduce more scrutiny to Black male youth—by police, by residents—creating the potential for harassment and even victimization.”

The researchers are now concerned about the long-term consequences that these perceptions of safety – or better yet the lack of it – will have on Black boys.

“This is thought to be one of the reasons why Black youth are generally not as healthy as white youth,” Browning said. “There could be some physical and mental health trajectories which we could extrapolate to explain healthcare disparities in adult populations.”

READ MORE:Really, Black women denied jobs because their names are ‘too ghetto’

It used to be believed that African-American youth is that they feel less safe because they live in areas of higher poverty but the team found out this wasn’t necessarily true and that racism was a much more terrifying threat then their own communities. Black teens only felt less safe only when visiting neighborhoods poor then their own or whiter neighborhoods.

“The study confirmed what I’ve always known to be true—given all the things that are going on in the world but also from personal experience, particularly for African Americans and people of color, there is an awareness that there are places that you are seen as not belonging,” said Dennis D. Parker, director of the ACLU’s Racial Justice Program and an adjunct professor at New York Law School.

“This study shows that there are serious issues that create a sense of uncertainty and vulnerability in public spaces that should be for everyone. I don’t know of Black friends who have not spoken to their children, particularly their sons, of dealing with the police. I know of no white parents that have had to do that.”