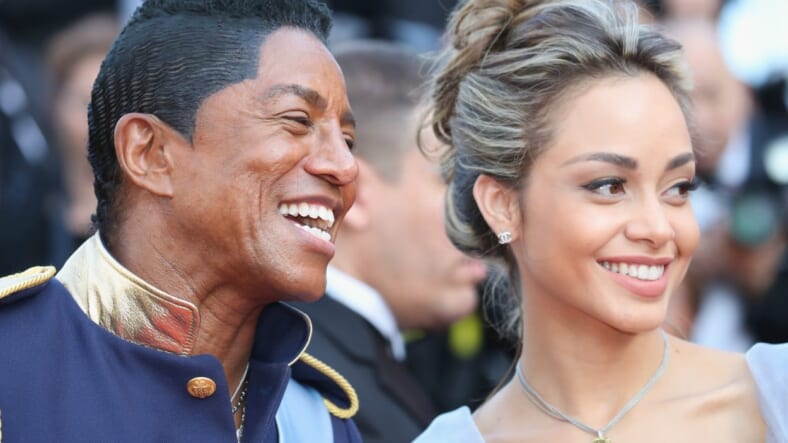 Maybe the fourth time will be the charm.

At least that’s what 63-year-old singer-songwriter Jermaine Jackson hopes when he heads back down the aisle with his new lady love who happens to be three years older than his niece, Paris.

According to a RadarOnline, the music icon and Jackson Five legend is set to wed his 23-year-old girlfriend Maday Velazquez, and Dutch newspaper, De Telegraaf, was the first to report the news.

“We are going to get married soon,” he explained to the European publication.

Jackson reportedly began dating Velazquez shortly after his divorce from ex-wife Halima Rashid in 2016. Rashid called it quits on their 12-year marriage after her domestic violence arrest. She allegedly bit her ex-husband’s leg, forcing him to call the police on her. The case was later dropped because of “insufficient evidence.”

Jackson’s alleged secret fling with a younger woman is said to have sparked his former spouse’s anger. The former couple cited irreconcilable differences in their divorce documents, People reported but a source told Radar in January, “Jermaine and [his lover] have been seeing each other for nearly six months.”

Was Velazquez the mystery woman at the center of their heated divorce?

Despite being 40 years her senior, Jackson and his blonde bae are not letting the age difference stand in the way of their grand nuptial plans.

Jackson made the bombshell engagement announcement after a performance in Mallorca, Spain with brothers Jackie, 67, Tito, 64, and Marlon, 61. Velazquez reportedly joined the famous family on the European leg of their 50th-anniversary tour, according to the report.

In a series of marriages and divorces, Jackson’s first nuptial was to Motown records heir Hazel Gordy in 1973. He famously married Alejandra Genevieve Oaziaza, the ex-girlfriend of his brother Randy in 1995 despite them having two children together. Finally, he married Rashid in 2004.

Back in July, the four Jacksons received keys to the city of Detroit and police chief James Craig, who presented the honors, declared the iconic Motown group “truly Detroiters.”

Jackson told the crowd that “coming back to Detroit is like coming home,” and Marlon explained to Billboard the special relationship that the Jackson 5 had with the city before they signed to Motown.

A city key was also awarded posthumously to their departed brother, King of Pop, Michael Jackson.

The family buried their patriarch, Joe Jackson earlier this summer. He died at 89 of pancreatic cancer June 27.