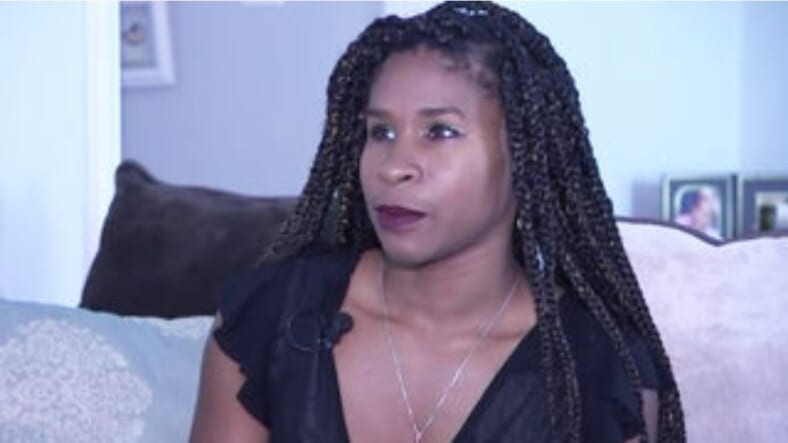 Kandice Mason is a part time pole-dancing teacher, but her full time gig is being a sixth grade teacher. (Courtesy of Kandice Mason)

A North Carolina educator has been suspended after the school district where she worked came across a video of her taking a pole-dancing class.

Kandice Mason, was hired as a teacher at West Hoke County Middle School about a month ago. Unfortunately, the excitement she felt about starting her new job didn’t last very long after a pole-dancing video she posted on her private Facebook account was somehow revealed to her new employers. Soon after, Mason received notice that she was being suspended.

The sixth-grade teacher, who is also a single mother of two, works as a part-time pole-dancing instructor and said she was preparing for the new school year when she received the shocking news.

READ MORE: Omarosa releases new video and proclaims ‘This is the beginning of the end for Donald Trump’

“When I was suspended, I was humiliated… the superintendent, principal and another employee were in a room and berated me for my pole dancing video,” she recounts.

“I was really excited,” Mason told WSOC. “I had already been given my classroom.”

Mason holds a Master’s degree in psychology, a Bachelor’s degree in English and a Certificate in Phlebotomy. She has nothing but excellent reviews from parents and students, and says she pole-dances as a form of exercise and to relieve stress and unwind.

“That’s how I stay in shape,” the mother of two said. “That’s how I feel like I can express myself and have time for myself.”

According to ABC 7, the school did not fully disclose why she has been suspended, with administrators only citing a policy that states: “As role models for the school system employees are responsible for their public conduct…even when they are not performing their job duties as employees of the school system.”

Check out part of Mason’s video below. Grio fam, do you think the school made the right decision or should Mason be allowed to teach her class?