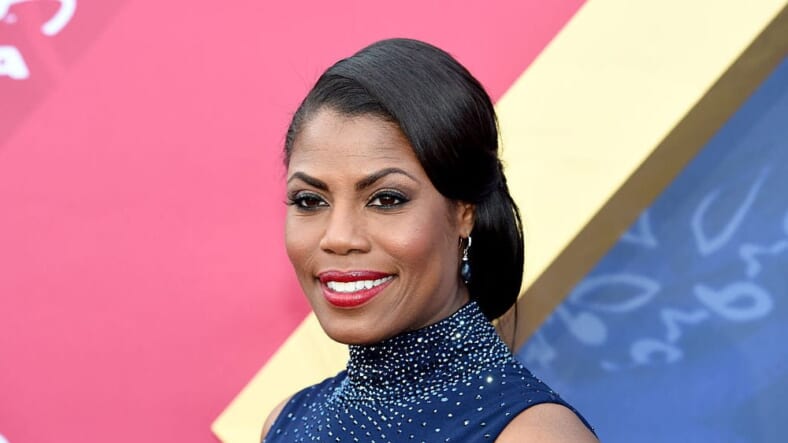 Omarosa Manigault-Newman has been on a warpath, dropping a mix of secret tapes like she’s an underground rap artist. And she reportedly has a treasure trove of videos, including the recently released video of Trump’s once loyal lawyer Michael Cohen.

As the hammer comes down on President Donald Trump after Cohen pleaded guilty to eight criminal charges and swore under oath that Trump was a co-criminal to shut up women and pay them so it wouldn’t damage his campaign, Manigault–Newman released a video, driving yet another nail in the coffin to prove that Cohen “wasn’t a coffee boy.”

On Tuesday, Manigault-Newman shared the video on MSNBC, showing Cohen boarding ‘Trump Force One’ back on September, 21 2016 in Cleveland, after a campaign rally there.

“My number one photographer,” Cohen says to Manigault-Newman on video.

“You’re on my video now just so you know, now I’ve got to stalk you,” Manigault-Newman says. She then says “Michael, say bye!”

The video, however, was anti-climactic and wasn’t the bombshell viewers were expecting.

“The reason I wanted to share this with you is to show that he was involved with the campaign, he spoke at this event,” she said.

“He sat and met with the President during that trip.”

Manigault-Newman said that she has been offering information to Special Counsel Robert Mueller.

Manigault-Newman said she believes it’s just a matter of time before Trump’s house of cards come crashing down.

“Today changed everything. This is the beginning of the end for Donald Trump,” Manigault-Newman said.

“He knows that the person who knows everything about him, about his relationships with these women and others that people may not know about, will come to light.”

“We all knew that this was going to be used as a hush money payment from campaign finances,” the former White House staffer said. “Unfortunately, there are a lot of donors, a lot of people who gave to his campaign and expecting it would go towards the victory. But instead it was going to shut these women up and that is illegal.”

Cohen, 51, pointed the finger at the President and pleaded guilty to eight criminal charges in federal court in Manhattan, including tax evasion, bank fraud and campaign finance violations. Violating campaign finance laws is a crime.

“Today he (Cohen) stood up and testified under oath that Donald Trump directed him to commit a crime by making payments to two women for the principal purpose of influencing an election,” Cohen’s lawyer, Lanny Davis said in a statement after Cohen’s plea.