In an op-ed, the mayor says she wants to take a different approach to reducing the violent crime that continues to grip the city 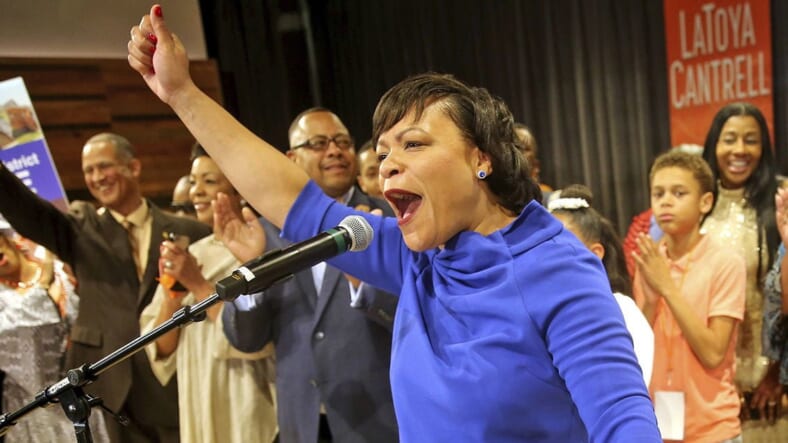 New Orleans Mayor LaToya Cantrell has always had a clear vision of how she wants to improve the quality of life in her city .

Those uncomfortable changes first started with an awkwardly public breakup with former NOPD Superintendent Warren Riley as the city’s director of public safety and homeland security.

Now she’s cracking down on crime in New Orleans, focusing particularly on the alarming murder rates. In an op-ed published Friday on NOLA.com she writes: “Last month’s horrible tragedy on Claiborne Avenue when three people were killed outside a restaurant drove home just how important it is that we solve this problem and solve it right – with resolve, resources, compassion and data.

“Research tells us that gun violence is extremely concentrated in American cities. The people who are most likely to shoot or be shot make up only a small fraction of our city’s 400,000 residents,” she continued. “Ignoring this problem will only perpetuate the vicious cycle, and we cannot afford to turn a blind eye to the trauma and pain that gun violence has caused too many families in our community.”

According to data compiled by the New Orleans Times-Picayune, the city has seen 105 murders so far in 2018. The total number for 2017 was 157. Those numbers, however are a significant drop from the record high 424 murders in 1994.

“My administration is deeply invested in reducing gun violence and doing so in a way that can be sustained for generations to come,” she continues. “What’s more, we must do our work without exacerbating the issues of distrust and mass incarceration which help to feed gun violence to begin with.”

Cantrell says the city will approach gun violence as a public health crisis that necessitates a public health response. And reveals she has assembled a dream team of key stakeholders and organizations in the community.

“Soon after taking office as mayor, I created a task force of volunteer citizens and leaders to come up with a plan to execute the violence reduction recommendations produced by my transition team,” she explains.

“This group is in the midst of setting a strategy in motion that approaches gun violence reduction as a public health crisis that necessitates a public health response. The task force has already begun engaging with experts who can help identify where gun violence is coming from in New Orleans and who is most at risk.

“We are working with local and national nonprofits and service providers to identify social programs and build an organization to connect the small concentration of at-risk residents with a diverse array of social services. Nothing stops a bullet like a job, and we want to make sure the right tools get into the hands of the right people.”