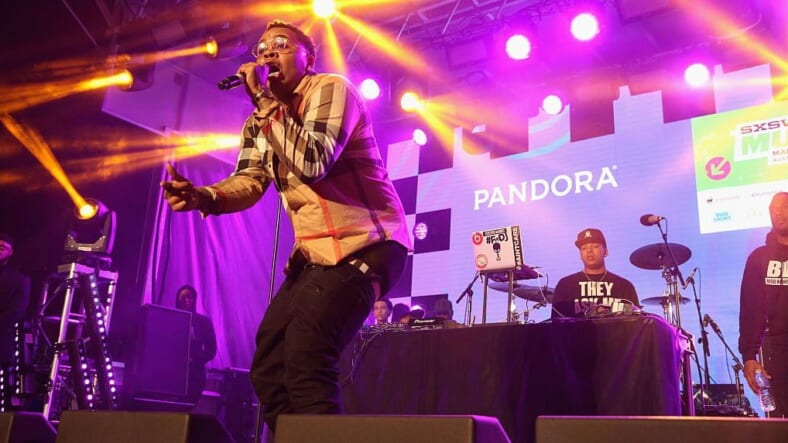 Kevin Gates has weighed in the NFL’s #Kneelgate controversy and the outspoken rapper has fired off a bit of advice to Colin Kaepernick: “We bow for no man under the stars.”

Fans of Gates have come to appreciate the strong opinions he frequently shares in social media videos, Complex reports. His latest video, however, has ruffled the feathers of a few fans of the former 49ers quarterback.

As The Grio previously noted, Kaepernick has become the face of the new civil rights movement ever since he began protesting police brutality by kneeling during the playing of the national anthem to draw attention to the oppression of people of color in the U.S.

But Gates believes he should have never taken a knee.

“A lot of people are going to look at this f*cked up,” says Gates, who is a practicing Muslim. “I love Colin Kaepernick. That’s my brother. I love his beautiful queen Nessa. I love these people with all my heart. He should have never took a knee…. We bow for no man under the stars but Allah. He should have stood palms up.”

One Twitter user had this to say about Gates’ statement: “Kevin Gates is only an intellectual to mfs who dropped outta high school.”

Kaepernick filed a grievance last October against the NFL, citing a conspiring to keep him out because of his political beliefs. The Guardian reported on Thursday that an arbitrator ruled Kaepernick had enough evidence for his suit to proceed in a trial-like format.

Meanwhile, Gates is prepping Luca Brasi 3 and recently dropped a four-song EP with YoungBoy Never Broke Again. Last year, he was sentenced to a 30-month prison term for gun charges stemming from a 2013 incident but was released on parole earlier this year.