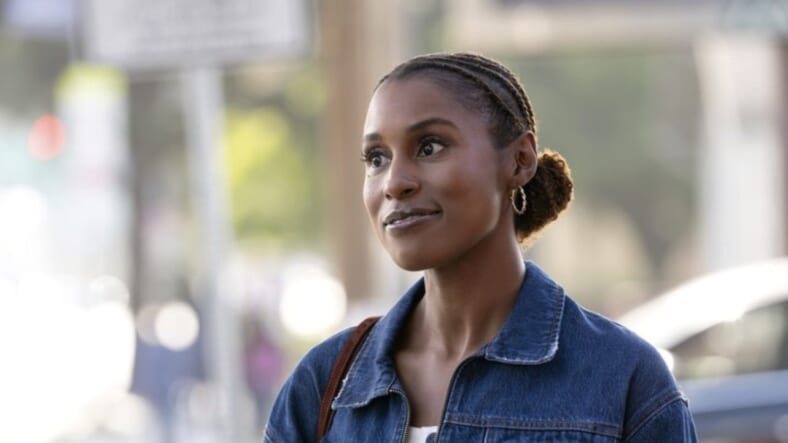 With “Fresh-Like,” it would appear that Insecure is holding true to last episode’s suggestion that Daniel (Y’Lan Noel) is getting his walking papers. The episode kicks of with Issa (Issa Rae) doing that annoying thing she does in the mirror of her new apartment as Daniel stops by to drop off her belongings. As he leaves, Molly (Yvonne Orji) drops a “Bye Daniel” that comes off like that door is shut and sealed for good.

While Insecure does a pretty good job portraying Millennials hilariously trying to get their shit together, there’s still a heaping helping of that you-can’t-do-that-in-real-life that young people trying to be the next Issa or Molly should keep an eye out for. Here are just a few moments from this episode:

1. Don’t lie to your therapist

It was chuckle-inducing when Molly dropped Alejandro’s name during a therapy session only for her therapist to not have the foggiest damn idea whom she was talking about (I’m surprised she knew Dro was a “who.”) The reality is, you’re wasting your time and bread (therapy ain’t cheap) if you spend several sessions talking with your therapist without touching on a rather significant aspect of your life – the married dude you’ve been schtupping.

2. Linking up with a dude that you took for a Lyft ride

It’s obvious that Nathan (Kendrick Sampson) is on deck as the light-skinned magic lover/homie follow-up situation to Lawrence and Daniel. But in the real world – where Uber and Lyft drivers should at the very least consider packing a sharp, sturdy object under their driver seat just in case – I’d be pretty damn weary if I were an attractive woman and a dude I drove somewhere popped up behind me at my regular taco joint in a city of four million people. That’s how episodes of Cold Case Files start.

3.Trespassing and jumping in a pool naked is peak white people shit

4. Be mindful when attempting to challenge colleagues

Molly’s main episode arc involves preparing to going up against Taurean (Leonard Robinson), a fellow associate who employs charisma and brashness in an attempt to be the office superstar. Molly’s not feeling it, and everything we know about her indicates that she will attempt to curry favor from other colleagues to challenge him, which she already kicked off with the watercooler chat. Be strategic with office politics, lest they bite you in the unemployment line.

5. Bruh, don’t quit your job before you have a new one

I know we’ve been building up to Issa’s eventual departure from We Got Y’all, but the way she left her job at the end of the episode (to the backdrop of a swelling song of encouragement) with no real plan for full-time employment gave me agita. Perhaps it’s just how my old-school mama raised me, but I believe you should not chuck deuces to your job unless you have another lined up or a significant amount of money in the bank, which we know Issa doesn’t have either one. Shit wasn’t that bad at her gig – not getting challenged intellectually or creatively is not an acceptable reason to hop on the struggle bus. Only in the Insecure world could this end on a good note.