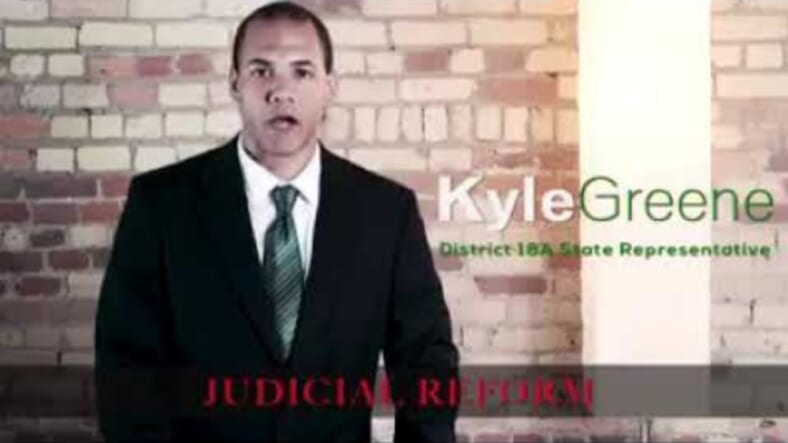 A black man who emerged as an independent candidate running for the Minnesota House, thought it would be cool to appeal to voters by using a racial slur to draw some appeal and possibly some street cred.

This is Trump’s America.

Kyle Greene, who is running for the Minnesota House as an independent, released a surprising ad campaign saying:

The eyebrow raising ad certainly got people talking, but Greene’s not being endorsed by any political party or major organization – and at this point he probably won’t be.

“We need to unify as a society, and we need to stop dealing with trivial matters,” Greene said. “The word … is part of the American history, regardless of the race. … It’s part of my history being African-American, white and Cherokee Indian.”

If Greene is claiming that he’s a fraction white, someone needs to tell him that the n-word is off-limits. Period.

Greene dismissed the criticism and said people should focus on the “real issues at hand.”

Greene is hoping to unseat incumbent Republican Rep. Dean Urdahl, who he believes won’t address a “corrupt” judicial system. Urdahl said Minnesota laws are being applied inappropriately causing many people to land behind bars when they shouldn’t.

The organic farmer said many people are getting slapped with made up charges and manufactured convictions so judicial officials can advance their careers.

One Facebook user wrote: I ain’t even gunna lie—if I lived there… I’d vote for him, because he either has huge balls, he’s serious and he’s about to go gangster, or he’s hilarious,”

Another disagreed with the tone of the video.

“I understand the role of a public servant,” another person wrote, “however, using ‘servant’ and ‘n*****’ in the same sentence is wrong. That word should never be used.”

Greene is drafting bills to hold members of the judicial system accountable.