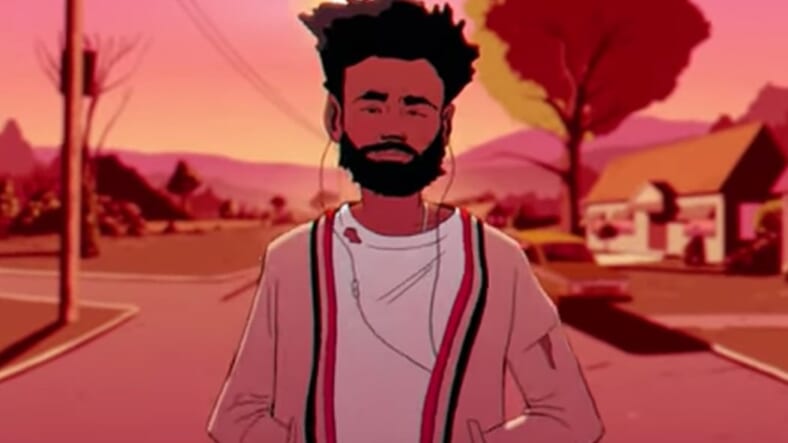 Adidas has announced a collaboration with Donald Glover aka Childish Gambino, through the release of an animated short video.

Much like the widely popular “Feels like Summer” video featuring cartoon hip-hop stars, the Adidas short opens with an animated Glover entering his home and taking off a pair of tattering kicks to instead put on a pair of Adidas.

The short leaves much to the imagination, but it does indicate that there’s certainly much more to come.

A collaboration without boundaries, welcome to the family Donald Glover Animation by @IvanRDixon
Written by @FamLikeFamily
Directed by @donaldglover pic.twitter.com/gC00IQ9r6b

Apparently, Glover has mass appeal that Adidas wants to capitalize on and the new relationship and his role as brand co-creator will open up an opportunity for the music and TV star to create projects, footwear and apparel that fit the bill for his unique style.

“I believe it’s important not to feel like ideas are bound by specific guidelines and Adidas Originals has given me the opportunity to create on my own terms,” he said. “I’m looking forward to seeing what that leads to.”

The short was created by Ivan Dixon who also created Glover’s visual for the “Feels Like Summer” song. Glover promises it will be “a collaboration without boundaries.”

The promotion is different from the look of Kanye West’s Adidas Originals Yeezy collection, which was ripped by Ice-T as looking like “future slave gear.”

READ MORE: Michigan lawmaker wants to make it a felony to call police on Black people living their lives

Childish Gambino released a new track “Feels Like Summer” but it’s the animated video with a who’s who cast of notable characters in the hip-hop world.

While some scenes were clearly just to shout out his many friendships with hip-hop superstars like a game of b-ball between Gambino and Migos or Dr. Dre, Diddy, Snoop Dogg, Wiz Khalifa and Jay-Z dancing on a lawn, other scenes clearly take shots at some rappers relationships.

In one scene, Nicki Minaj and Travis Scott are playing with blocks when Scott takes a pivotal cube which makes Minaj’s house block house tumble down. Clearly that was a shot to Minaj who threw a fit in a series of tweets after Scott’s AstroWorld debuted as the number one album while Minaj’s “Queen” was left in second place.

There was a very surprising video moment which showed a crying Kanye West wearing a red MAGA hat before Michelle Obama emerges and gives YE a big hug from behind.

But it’s only an imagined scenario with lot of imagery and messaging left for a viewers interpretation.