The 165-year-old company, most widely identified with blue jeans and the Old West, says it wants to make its voice heard on the issue of gun violence 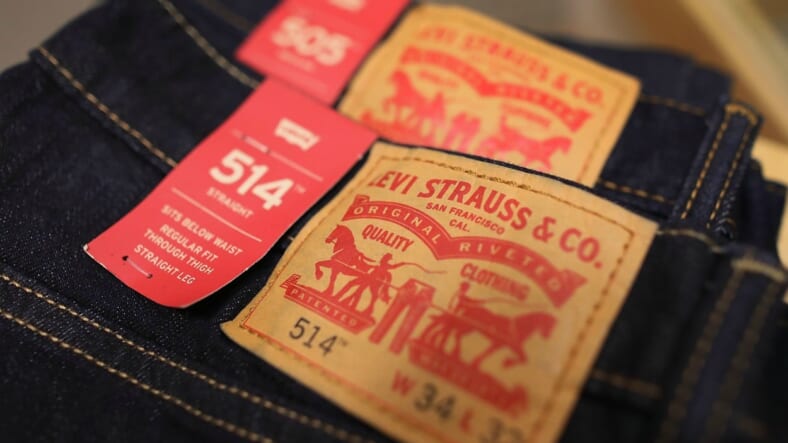 It’s a brand that has been associated with the Old West and cowboy shootouts, but now American denim giant Levi Strauss & Co., is taking a different stance.

On Tuesday, the clothing company announced that it is launching a series of new initiatives to benefit groups working to prevent gun violence.

Levi Strauss’s CEO and president Chip Bergh wrote in Fortune that the company “simply cannot stand by silently when it comes to issues that threaten the very fabric of the communities where we live and work.”

“You may wonder why a company that doesn’t manufacture or sell guns is wading into this issue, but for us, it’s simple,” Bergh wrote. “Americans shouldn’t have to live in fear of gun violence. It’s an issue that affects all of us — all generations and all walks of life.”

Bergh believes its his responsibility to speak up for important social issues since he leads a “values-drive company that’s known the world over as a pioneer of the American West and one of the great symbols of American freedom.”

But he clarified he is not advocating to repeal the Second Amendment or calling all gun owners irresponsible.

“We can’t insulate ourselves from every threat,” Bergh wrote. “We can’t ‘harden’ every place we gather — whether it be our schools, workplaces, shops, churches, or entertainment venues. But we can take common-sense, measurable steps — like criminal background checks on all gun sales — that will save lives.”

READ MORE: Community tributes and memorials from Mother Emanuel tragedy to get home for public display

As a result, Levi’s is launching a new three-tiered initiative to support gun violence prevention.

The company has committed to donate more than $1 million over the next four years to nonprofits and youth activists that work to end gun violence, establishing the “Safer Tomorrow Fund.”

They have also partnered with gun control group Everytown for Gun Safety and other executives to form Everytown Business Leaders for Gun Safety. The group is a coalition of business leaders who “believe, as we do, that business has a critical role to play in and a moral obligation to do something about the gun violence epidemic in this country.”

READ MORE: Michigan lawmaker wants to make it a felony to call police on Black people living their lives

Bergh recognizes that the decision to advocate for gun control is a controversial one.

“While taking a stand can be unpopular with some, doing nothing is no longer an option,” he wrote.

Levi’s will also double all donations made by their employees to the Safer Tomorrow Fund.