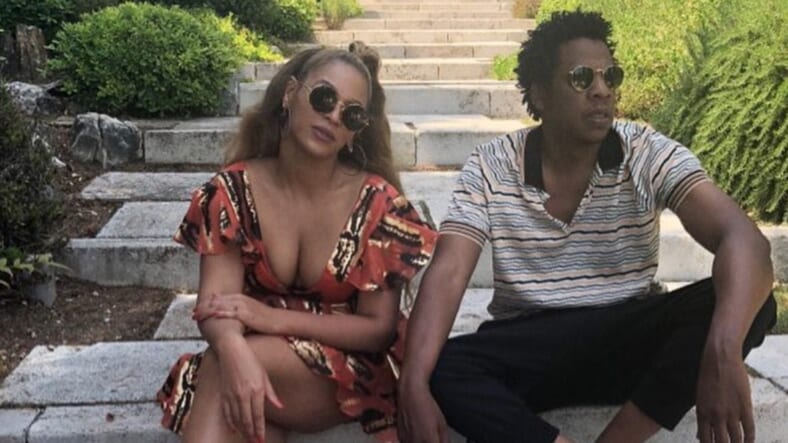 Beyoncé not only celebrated her special day on Sept. 4, but her birthday week was extra meaningful because the Queen Bee and Jay-Z shared that they had renewed their wedding vows.

“At 36, I became a new mother of 3. I breastfed twins. I renewed my vows with my husband of ten years,” she said on her website. “I came back home to the stage to do Coachella, after pregnancy. Then my husband and I released our album together, Everything Is Love.”

Bey and Jay had made their marriage woes very public in song after Beyonce’s Lemonade, revealing that her dedicated husband had cheated on her. The two worked it out and in an interview Jay-Z made it known that he and his wife had made amends after several rounds of therapy.

As a follow-up to the Lemonade album, he apologized to his wife on 4:44.

“I apologize, often womanize/Took for my child to be born to see through a woman’s eyes,” Jay-Z says in the lyrics to “4:44.”

The 47-year-old rapper admitted to immaturity and to not appreciating Beyoncé enough: “Said ‘don’t embarrass me’ instead of ‘be mine’/That was my proposal for us to go steady/That was your 21st birthday.”

And their historic tour is breaking records. According to a report by Forbes, the 20-date stadium tour is estimated to gross $100,000,000. And while this figure wouldn’t crack the top ten of all-time gross; it would average out to $5,000,000 per venue, making it the second highest earner based on that measure.

Ka-ching for the Carters!

As for the vow renewal ceremony, Beyoncé reportedly wore a wedding dress by Israeli designer Galia Lahav worth $10,300. The “Thelma” gown was an off-the-shoulder number with sheer sleeves, a corseted bodice, embellished with pearls and Swarovski crystals. It also included a detachable bustle train.